A cat named Gizmo recently fell 12 stories from the penthouse terrace of a Manhattan apartment building, landing on a third floor landing and getting wedged between a skylight and a wall.

Gizmo’s owner, Samuel Jacobs, didn’t see what happened, but speculated that his cat slipped through the door to the terrace and then off the edge, the Associated Press reports.

After climbing out of a neighbor’s window, Jacobs rushed Gizmo to a vet, fearing internal injuries. When they got there, however, Gizmo was given a relatively clean bill of health—some scratches and a single broken tooth.

So how did Gizmo survive the fall? It turns out our feline friends are actually well-equipped to land unscathed after falling from high places. When cats are 3-4 weeks old, they begin to develop what’s called the ‘righting reflex‘, which is how cats twist in midair to land on their feet. It’s perfected at around 7 weeks old. (Here’s a cool schematic that shows how they actually manage to do it.)

A study conducted in 1987 and published in the Journal of the American Veterinary Medical Association examined 132 cats that had fallen from buildings and were brought into vets around New York Animal Medical center for treatment. It found that injuries per cat increased depending on the height the cat fell up to 7 stories, but actually decreased when the cat fell from above that threshold. The researchers speculated that this was due to the cats’ ability to right themselves and their relatively low terminal velocity. 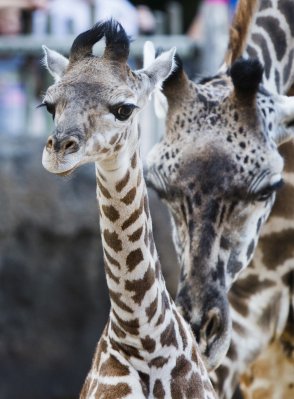