Michael Brown Will Be Given Independent Autopsy, Attorney Says

Daryl Parks, an attorney for the family of Michael Brown, addresses the media during a press conference outside the police department on August 15, 2014 in Ferguson, Missouri.
Scott Olson—Getty Images
By Kristina Sauerwein / Ferguson, Mo.

An attorney for the family of Michael Brown, the 18-year-old who was shot dead by a police officer in Ferguson, Mo. one week ago, said Saturday that the family’s legal team had hired a well known forensic pathologist to conduct an independent autopsy of the teenager’s body.

Brown’s body is in the process of being prepared for Michael Baden, who has worked on such high-profile cases as John F. Kennedy, Martin Luther King, Jr., and O.J. Simpson, and is the host of HBO’s Autopsy, said Anthony Gray, the St. Louis-based attorney for Brown’s family.

The undisclosed costs of the autopsy will be absorbed in overall legal fees, Gray said. “We want the facts so we can get justice for Michael Brown,” he told TIME. “The family deserves it.”

An autopsy carried out by the St Louis County Medical Examiner’s office the day after Brown’s death concluded that he died as a result of gunshot wounds. The office has not yet released the number of times he had been shot.

Gray also said Brown’s family is saddened by the looting of early Saturday morning, and considered it a dishonor to their son. “Imagine how they must feel,” Gray said. “There was yet another attack on their son while they are preparing for him to rest in peace.” 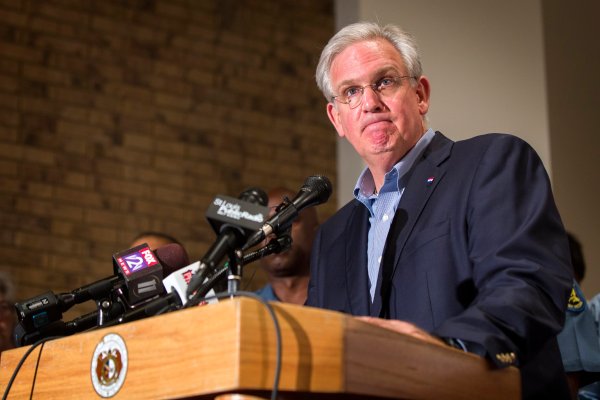 Curfew for Ferguson
Next Up: Editor's Pick