WATCH: Here's What the Sun Is Actually Doing to Your Skin

Nearly every living thing on the Earth depends on the Sun—directly or indirectly—for its survival. But for humans, exposure to the sun can also exact a cost: Stay outside too long (or beneath the rays of a tanning bed, as the case may be), and you run the very real risk of developing wrinkles, liver spots, and even skin cancer.

Damage is caused by ultraviolet rays, which lie outside of our visual spectrum; some creatures—as different as bees, reindeer, and salmon—can perceive them, meaning that they see the world much differently than we do. We do, however, have the technology to see the world in UV, and one inventive videographer took to the streets to show ordinary people what their skin really looked like.

“We showed people what they looked like in ultraviolet, & wondered aloud if they wanted to put on some damn sunscreen already,” Thomas Leveritt wrote on his Twitter feed. It’s amazing to see, really, and is a timely summer reminder that we only get one set of skin. Take care of yours! 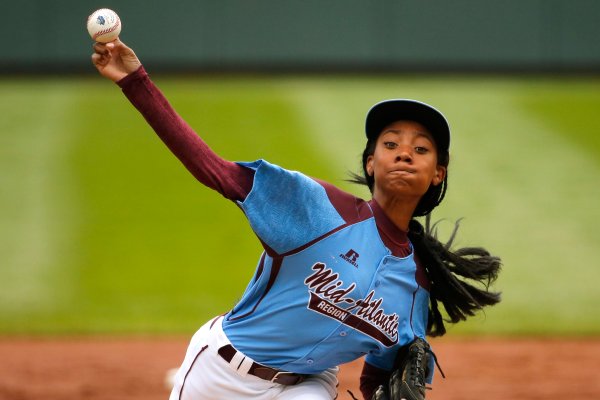 This Has Been the Greatest Start in Little League World Series History
Next Up: Editor's Pick