Hamas: Israel Will 'Face a Long War' If Palestinian Demands Not Met

A Palestinian man looks through the window of his house to buildings damaged by an overnight airstrike in Gaza City, July 22, 2014.
Alessio Romenzi for TIME
By Sam Frizell

The offers for peace made to the Palestinian delegation in Cairo don’t meet the demands of the people in Gaza, Hamas’ head of foreign affairs said Saturday, raising the prospect of a long-term conflict.

“Israel must accept the demands of the Palestinian people or face a long war,” Osama Hamdan said in Arabic on his official Facebook page on Saturday, according to an English translation by Reuters.

Hamas leader Ismail Haniyeh told the Al-Aqsa Hamas TV station he has demanded an end to Israel’s long-standing economic blockade on Gaza, Reuters reports, and that Israel reduce movement restrictions on the 1.8 million residents of the territory.

Hamas and Israel are not meeting face-to-face in Cairo, as Israel considers it a terrorist organization.

The current violence in Gaza began July 8 when Israel responded to rocket fire from the territory, eventually launching a ground operation and killing more than 1,900 Palestinians, the majority of them civilians. Sixty-seven Israelis have died in the conflict as well, and over 400,000 Gaza residents have been displaced. 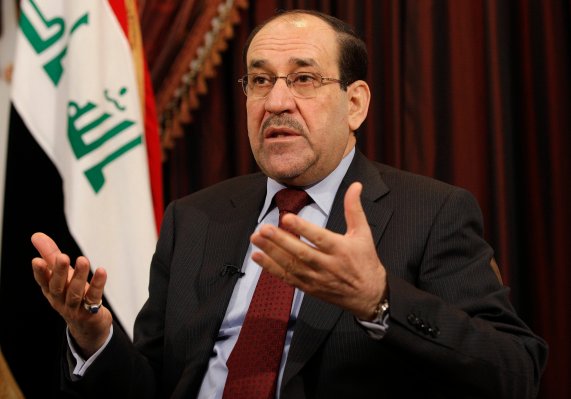 Iraq Leader to Step Down
Next Up: Editor's Pick