The launch of DigitalGlobe's WorldView-3 is seen from Vandenberg Air Force Base on Aug. 13, 2014.
DigitalGlobe
By Jonathan D. Woods

A series of pictures provided to TIME by DigitalGlobe shows what kind of fun you can have when you own multiple satellites.

The images captured the launch of the company’s newest satellite launching into orbit this past Wednesday.

The new WorldView-3 satellite, worth roughly a half-billion dollars and about the size of a small RV, became the highest-resolution commercial satellite in space. DigitalGlobe, the company that funded its manufacture, said it will offer 31-centimeter resolution, much clearer than the current 50-cm aboard the WorldView-2.

Technology aboard the new satellite will, among other things, supply Google Maps with higher resolution photos for “satellite view.”

The satellite that shot the photos was flying at an altitude of over 300 miles, according to DigitalGlobe, and orbiting at a speed of 17,000 mph.

Video of the launch from Vandenberg Air Force Base in California can be seen below. 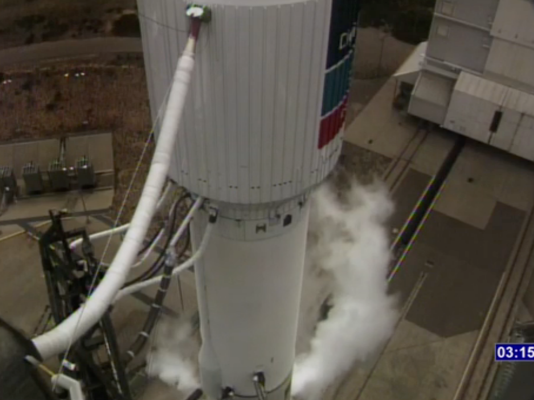