Don’t Be Afraid of Housework, Guys. It Won’t Lead to Less Sex

Housework can be a downer, but when husbands pitch in to cook, clean and keep the abode tidy, it could also put a damper on their sex lives. So said researchers from the University of Washington in 2013. If husbands left the meals and toilet cleaning to their wives, they had sex nearly twice as much as husbands who performed these chores.

But Daniel Carlson, an assistant professor of sociology at Georgia State University, and his colleagues say that study used data from the 1980s and 1990s, before more egalitarian roles in both in and outside of the home became the norm. Plus, other work suggested the opposite, and hinted that women often used sex as a reward for their husbands who performed chores, leading to more sex among men who picked up the laundry detergent. So he and his team looked at more recent data involving 487 couples enrolled in the 2006 Marital and Relationship Survey to see if housework continued to have a chilling effect on sex.

To a certain extent, it did. Among couples where men shouldered most of the daily household chores, the sex was less frequent and less satisfactory, just as the 2013 study found. But in Carlson’s study, couples who shared housework more equally also reported having a healthy and happy sex life, as did couples in which women di most of the cooking and cleaning. “Where previous research said egalitarianism was the problem, and that couples with a more traditional division of labor seemed to be doing better, our study shows that egalitarian couples have in some respects caught up,” says Carlson. “Both [groups] are leading sex lives that are satisfying.”

The reason, he says, may have to do with the broader effect that sharing responsibilities have on a relationship. Couples who feel they are sharing the duties of raising a family and managing a household are more likely to be happy in their relationship, and that leads to more affection.

The results, which were presented at the annual meeting of the American Sociological Association, won’t likely be the last word on understanding how gender roles within relationships affect sexual attraction, not to mention the strength of the bond between couples. But the research does hint that as evolved as we like to think we are about how equal men and women are when it comes to raising a family and running a household, we still have a ways to go before doing the dishes and scrubbing toilets are truly gender-blind tasks.

While more couples are accepting of situations when the husband and wife share in these duties, among couples in which the husband is bearing most of the burden of managing the home, social and cultural hurdles still exist. “When couples end up in an arrangement where the male is doing the majority of the housework, it’s not something that the couples tend to choose,” says Carlson. “They end up in the arrangements due to unforeseen circumstances such as the male partner losing his job, or the female getting a big raise that makes her the primary bread winner.” While these couples are relatively rare, making up only 5% of the study population, they may represent the final barrier to making housework not just a woman’s job.

MORE: Why Husbands Who Share Household Chores Miss Out on Sex 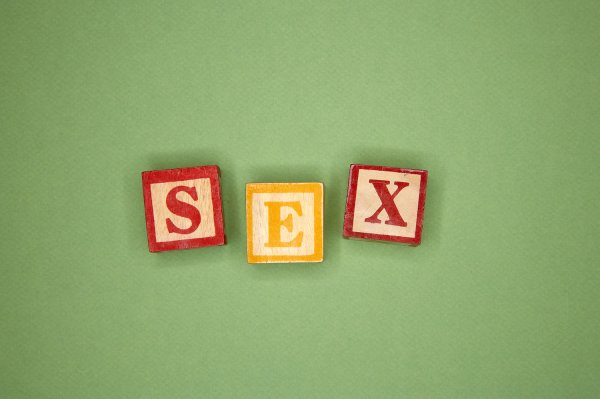 This Sex-Ed Book Is Way Too Sexy, Parents Complain
Next Up: Editor's Pick