Snooki Who?: The Cool, Edgy, Other MTV You Didn't Know Existed

Tucked away underneath an elevated subway line in South Williamsburg, Brooklyn, two frat boys named Josh are making butt jokes behind an unmarked steel door. The pair of horny bros with facial hair of dubious origin leans over the blueprint of a yoga studio, plotting how to situate their mats so they’ll be best able to attract women. One Josh points to the map with a Green Apple Dum-Dum sucker; other Josh leans in, eyes wide, and deadpans, “Tell me about these feet rugs!” Moments later, a Josh starts singing the chorus to “Old Man River,” which morphs into a Katy Perry mashup: “Old man river, you’re gonna hear me rooaaaaar.”

Josh and Josh’s entourage — the camera people, the director, the dude holding the boom mic — erupts in laughter. The Joshes are the alter egos of Kate Riley and Fran Gillespie, Upright Citizen’s Brigade regulars who have co-created a short series called, cannily, Two Guys Named Josh. The makeshift soundstage is an apartment near the Hewes Avenue JMZ stop, rented from some arty loft type whose painted brick walls are just rundown enough to be believable as the abode for two best friends whose main goals are boozing, broing and snagging babes. The confluence of UCB and YouTube has been so instrumental in propelling young comedians from the Internet to television or film fame — from Aubrey Plaza and the Lonely Island to Drunk History and Broad City — everybody knows online comedy is the way to score. But the difference is this time, MTV is footing the bill.

For 15 years, MTV has been both reviled and applauded for its shift from emphasizing videos and music programs to reality-television shows that some deem exploitative. The annual Video Music Awards still remain a marquee event, but the airing of actual videos has been shoved off onto tentacle, extended-cable choices like MTV Jams and MTV Hits in favor of wildly popular shows like Catfish and 16 and Pregnant. Videos are much lamented, but that wasn’t all MTV cast off in favor of The Hills and Jersey Shore. Viewers also lost creative programming like Liquid Television, the block of animated series in the Nineties that led to successful, groundbreaking shows like Daria and Aeon Flux. (Full disclosure: I have written for Viacom/MTV, but never for the subcompany MTV Other.)

MTV Other was conceived in spring 2013 and launched that summer as a “laboratory for original video content,” according to Garth Bardsley, VP of Original Video for MTV’s Connected Content Group, who had stopped by to check in on the taping of Two Guys Named Josh, now in its second season. “The legacy of MTV was that back in the day, it was a home for creative people to have an outlet, right? It still is,” explains Bardsley. “But if you’re going to put something on TV, you’ve got to typically have an agent who’s going to call an executive. He’s going to get you a meeting. And you’re going to have a lot more meetings. And you’re going to talk through it all. And there’s going to be scripts and yadda yadda. We do some of that, but we’re also just looking across the web for content creators, and we’re able to turn projects around more quickly.”

MORE: 8 TV Shows You Should Be Watching Right Now

MTV Other’s tagline is “short shows, random weirdness,” and it acts as a hub for a resurrected Liquid TV, though roughly half of Other’s shows are live-action comedies and talk shows. Bardsley cites programs like the burger-joint comedy Fast Food Heights, created by Bridesmaids actor Greg Tuculescu, and a sketch called Teacher’s Lounge written by Morgan Evans, who also directs Two Guys, as the type of programming Other leans towards. “We want to find our own version of hits,” he says, sitting on a loveseat on the makeshift set. “A hit for us would be much smaller than what TV needs. But we want to keep looking for hits. Who’s going to break out and people want to see more of? And we want to have more creative people in the building who are feeding into higher things.” MTV Other bookends web oddballs with more established comedians (Eric Andre; Murray Hill) in conversation with musicians like the Beastie Boys and Har Mar Superstar. They even do service journalism, showcasing scenes in cities across America and weed-food tips.

In a sense, Other is a bit of MTV magic: If YouTube and Vimeo act as incubators for networks like Comedy Central, Other is MTV’s own in-house farm team, a place to groom talent and test out shows until they prove themselves. Or in the event that the reality-show template ever topples, MTV will have ready-made content to replace it, already tested on the Internet. Of course, that’s not Bardsley’s expressed goal (which is adamantly about developing creativity), but it’s a savvy move for a goliath in a climate that increasingly rewards shows and ideas that are agile. There’s certainly enough network crossover: Other has developed animated spin-offs narrated by popular MTV2 hosts Matt Pinfield and Charlemagne the God. But Bardsley insists the creativity comes first. “It’s not like we’re setting out to do a legacy play at all,” he says. “It’s just that there’s a history of doing this at MTV, which is kind of nice. We still basically want to play around and find audiences outside of television. I think if you look there, you will see things that are perhaps on the weird side.”

MORE: 12 TV Shows That Came Back from the Dead

Weird, in fact, is a good word for this shoot of Two Guys Named Josh. Stars Riley and Gillespie both have ample improv experience, so they keep repeating scenes with different lines, each odder, if not funnier, than the last. Their show is wildly hilarious — they portray their frat-dude Joshes quite literally (props include red dixie cups and bikini posters), but there is a tenderness to the characters that could attract both the bros they’re spoofing and the feminists who love to roll their eyes at them. (A high point in Season One, says Riley, was when they were written up by the websites Bro Bible and Jezebel in the same day.) Still in costume in popped-collar Polos, khakis and ridiculous facial hair, Riley describes the duo as a sort of Pinky & the Brain. The duo mines their family and friends’ experiences for inspiration. “I was home for Christmas,” explains Riley, “and I would be like, ‘I’m naming characters! Someone yell out something they call a frat brother!’ And [my brothers] were like, ‘Pootsie! Bowels! Shoes! Chicken Parm! Young Tit! Bozo!’ just all these names. Chicken Parm. You know why? All he ate was chicken parm. Real guy.”

Riley and Gillespie are clearly real talents — even the intro credits, featuring Josh and Josh gesticulating wildly at a curvaceous woman while a ridiculous dubstep beat plays, are a riot — which may be why in their case, MTV Other pursued them, rather than the other way around, through Riley’s agent. The developers, producers and Bardsley are often on-set during filming. “Sometimes when people from a network are there, you kind of feel your butt tighten,” says Gillespie, “but not with these people. And that’s great, because when we’re improvising, you can’t be in a headspace where you’re like, ‘I can’t do this, I can’t do this.'”

The duo also says it has control over the editing room, with the network censoring only when offensive terms — or brand names — make it to the mix. “This is for the web, so the production value is incredible, that we get to play with [this type of equipment] — it’s like Candyland for the creative department,” Gillespie says. Referring to the scene on set, she adds, “When you’re doing TV, it’s twice as many people and everyone’s staring at you!”

If the great MTV Other experiment finds its groove, there’ll be a whole lot more eyeballs on them soon. 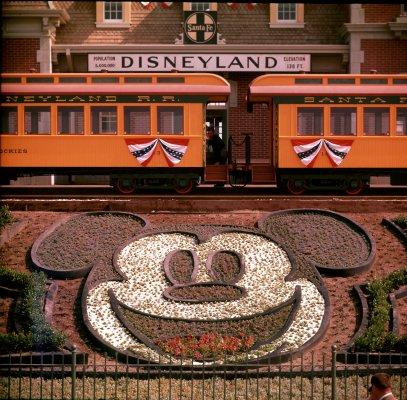 The Animation Pioneer Who Helped Disney Create Mickey Mouse
Next Up: Editor's Pick