German intelligence agents intercepted and recorded Hillary Clinton in conversation as she traveled aboard a United States government plane while she was Secretary of State to Barack Obama, three German media outlets reported Friday. Agents intercepted the conversation “by accident,” according to reports citing unnamed government sources by broadcasters NDR and WDR, along with the German newspaper Sueddeutsche Zeitung.

The revelation was among the more than 200 documents that a German spy, identified only as “Markus R.”, allegedly passed to the CIA.

The news, which comes as relations between the U.S. and Germany have soured over allegations that the U.S. spied on German Chancellor Angela Merkel, has the potential to embarrass the German government. As recently as last month, Merkel condemned alleged U.S. spying on Germany, stating, “I would see this as a clear contradiction to what I understand as trusting cooperation of intelligence services as well as of partners.”

U.S. officials, including U.S. Secretary of State John Kerry and White House Chief of Staff of Denis McDonough, have allegedly confronted their German counterparts on the recording.

The specific time and location of the recording remain unclear. 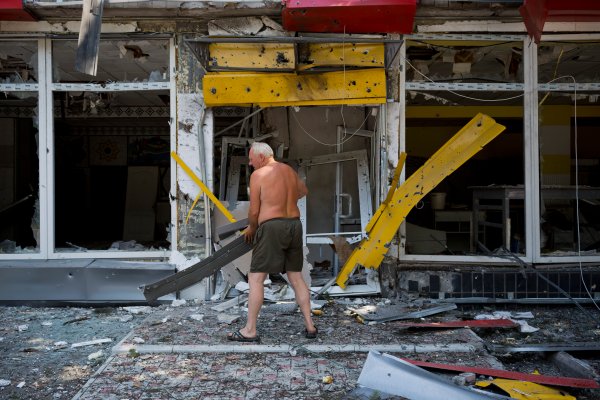 War Claims Thousands of Lives in Eastern Ukraine
Next Up: Editor's Pick