Young athletes from West Africa will be prohibited from participating in certain events at the Youth Olympics, organizers said Friday, in an effort to protect all participants from the Ebola outbreak in the region.

The games are set to kick off this Saturday and run until Aug. 28 in Nanjing, China.

Athletes from West Africa, where Ebola has spread rapidly over the past several weeks, will have their temperature and wellbeing checked throughout the 12-day games. The prohibition will also directly impact three West African athletes who will not be allowed to compete in combat sports and events in the pool to prevent potential infection.

“We regret that due to this issue some young athletes may have suffered twice, both from the anguish caused by the outbreak in their home countries and by not being able to compete in the Youth Olympic Games,” the International Olympic Committee and the Nanjing Youth Olympic Organizing Committee said in a joint statement. The committees also said countries are free to decide on their own whether or not to attend.

The Olympic committees said the World Health Organization had been working with the Chinese government in preparation for the games in light of the largest Ebola outbreak in history, but that these policies will serve as an extra precaution.

The Youth Olympic games started in 2010 and are held every four years. 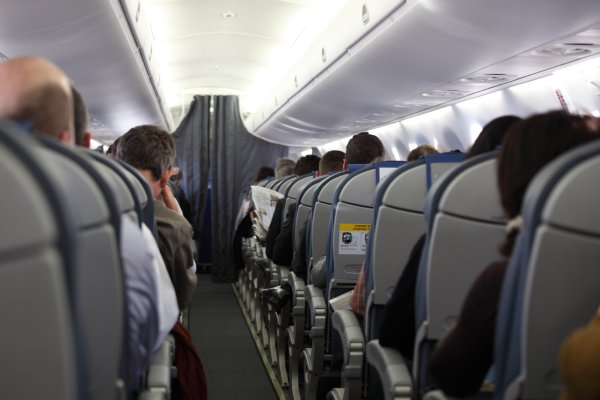 Getting Sick From Planes Is Way Less Likely Than You Think
Next Up: Editor's Pick