A pair of Amish sisters purportedly kidnapped near their home in upstate New York on Wednesday night are safe, authorities told the Associated Press.

Fannie Miller, 12, and her 7-year-old sister Delila were tending to customers at their family’s farm stand at around 7:30 p.m. on Wednesday night when they went missing, prompting a manhunt as far north as the Canadian border that lasted until the girls appeared at a private residence in Richville, 13 miles from their home.

Their disappearance prompted the State of New York to issue an Amber Alert and created a panic among St. Lawrence County’s Amish community — the second largest in the state — many members of which had gathered for a vigil just before the girls turned up on Thursday.

There are currently no compelling leads on a suspect, although authorities believe that more than one person may have been involved. 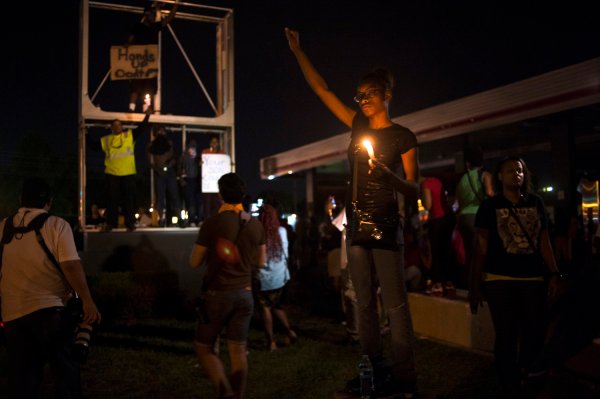 Tensions Cool in Ferguson
Next Up: Editor's Pick