Want Some Entertainment in China? Don't Turn On the TV

This photo taken on July 15, 2014 shows a couple watching TV in their apartment in Beijing.
GREG BAKER—AFP/Getty Images
By Hannah Beech

There’s nothing like coming home from work, plopping down in front of the TV and watching some relaxing antifascist and patriotic fare. That’s exactly the kind of prime-time programming China’s TV and film watchdog is ordering up for September and October, according to state media. One reason for this propaganda blitz? National Day falls on Oct. 1 and a line-up of TV shows glorifying, say, the Communist Party’s fight against the Japanese during World War II, will hopefully usher in a wave of jingoistic pride among citizens.

Earlier this year, the State Administration of Press, Publication, Radio, Film and Television (commonly known by its previous acronym SARFT) also urged TV stations to present entertainment that propagated President Xi Jinping’s ideological catchphrase, the “Chinese Dream.” Applicable programming, according to the official Xinhua News Agency, includes such delights as a program on the navy’s activities in the Gulf of Aden and a 48-episode series on the life and times of Deng Xiaoping, the late leader who spearheaded the nation’s economic reforms. (Deng would have celebrated his 110th birthday on Aug. 22.)

What exactly constitutes patriotic programming? The China Daily, the government’s English-language mouthpiece and no stranger itself to jingoistic content, reported that “patriotic TV shows should promote the protection of the home country, as well as entrepreneurship and innovation.” As for antifascist TV material, anything to do with World War II, or what China calls the War of Resistance against Japanese Aggression, should do nicely.

Smaller TV stations will have more latitude than major networks in controlling their schedules. They can, for instance, reserve patriotic programming for prime time and relegate anti-fascist material to less coveted time slots, according to the China Daily. On Aug. 13, the China Youth Network also assured viewers that the premieres of a couple highly anticipated TV dramas shouldn’t be affected. Nevertheless, one user of Weibo, China’s microblogging platform, quipped “The authorities force the masses to watch such rubbish. Who is the fascist here but SARFT?”

Chinese viewers have been clamoring for TV programming with modern entertainment value in recent years — just as censors have begun clamping down. In 2011, as China celebrated the 90th anniversary of the ruling Communist Party, SARFT railed against films and shows that depicted time travel because they were “treating serious history in a frivolous way.”

Then, in April of this year, authorities began restricting foreign material that could be watched through streaming websites. A particular favorite was the geeky U.S. sit-com The Big Bang Theory, which racked up 1.3 billion views in China before it was banned. (The Good Wife, NCIS and The Practice were also targeted.)

Other areas of online space have been encroached on. Weibo has lost some of its edge because of industrious censorship and a crackdown on its more high-profile users. This month, the crackdown was extended to mobile instant messaging services, like the hugely popular WeChat.

As for the upcoming two months of antifascist and patriotic TV, even the Global Times, a Beijing-based daily that often takes a nationalist line, grumbled in an Aug. 15 article. “It is also an administrative order,” the story reported, “that many TV shows producers often see as ‘annoying.’”

Imagine how the people who are expected to tune in to such partisan programming feel. 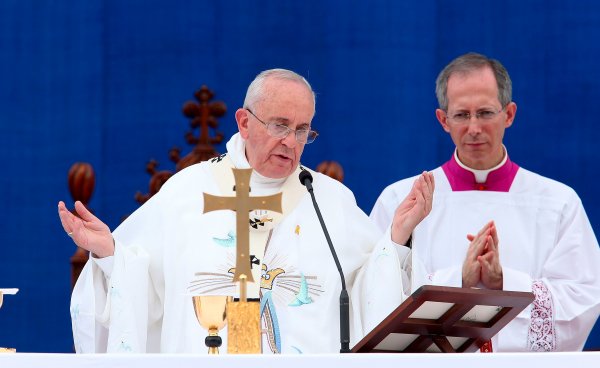