Markets Need Janet Yellen to Kick Them in the Pants

Poor Janet Yellen. She does a good job communicating a complicated (and appropriate) mix of policy decisions at her first FOMC meeting today, including a slightly larger and quicker than expected interest rate hike, as well as a movement away from a set unemployment threshold for keeping rates low and toward a more nuanced view of labor market health. So what happens? She gets hammered by pundits and bankers alike for supposedly ending Bernanke style clarity, adding “mystique” to Fed communications and “shaking up” the US central bank’s mandate of keeping unemployment and inflation low.

Let’s all take a deep breath, please. For starters, Bernanke’s “clarity” over the last few years was largely Yellen’s doing, in the sense that she’s the one that came up with the 2 % inflation target rate and pushed for more and better Fed communication. Then, there’s the supposedly “hawkish” rate increase (the median interest rate forecast increased 0.25 % to 1 %) which investors now believe could happen by mid 2015 based on a statement by the chair, during her press conference, that rate hikes could start six months after the end of asset purchases (which may well be done by the end of this year).

Again, let’s all practice mindfulness, and focus on what we know will happen if rates stay low forever. Bubbles will form—and they will pop. The Fed’s $4 trillion money dump has already created what Yellen and other Fed leaders know are price distortions in everything from emerging market equities to commodities to certain real estate markets. Many people, including me, have been saying for some time now that while we might wish that the Fed’s easy money and low-interest rate policy could do more for the economy, it probably can’t.

There are complicated structural reasons why we are in the longest and weakest recovery of the post WW II period. When I interviewed Yellen earlier this year, she made it quite clear that she knew that the Fed’s firepower was running low—although she still believed that clear and thoughtful forward guidance could help calm markets. (Today’s reaction shows that will be a tricky act to pull off.) Still, by proving hawks that had predicted a Yellen-led Fed would remain too dovish for too long wrong, she’s showing a careful regard for the market impact of long-term loose monetary policy. She may be concerned about the “human impact” of unemployment, but she clearly doesn’t want markets to crash, either.

All in all, I’m rather surprised that the markets took the rate hike news as so hawkish and definitive, given that she stressed again and again that the Fed would be watching a broad range of economic indicators to make sure that they were getting the timing of internet rate tightening right. (Which, by the way, is appropriate given that the recent drop in the US unemployment rate is indicative of many things beyond labor market health, like boomers dropping out of the workforce by choice or by force.) She told reporters that even when rate hikes began, there would be a “shallower glide path” than normal, and that we shouldn’t just “look to the dot plot”—meaning the Fed’s own projections—but that markets should know Fed governors would be keeping their fingers to the wind at all times, ready to change direction on policy if needed.

To me, that’s reassuring. It’s interesting that to markets it was worrisome. That shows just how dependent investors have become on Fed news going in one direction only and how removed some asset prices have become from fundamentals. When I close my eyes, breathe deeply and visualize the future, I see…more volatility. 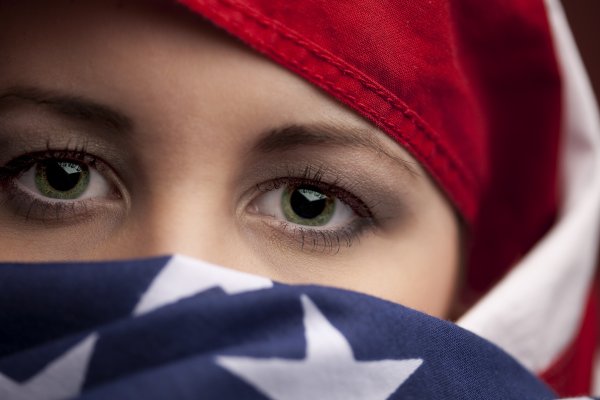 ABC’s ‘Alice in Arabia’ Is Racist
Next Up: Editor's Pick