Mike Birbiglia Joins Cast of Orange Is the New Black

Comedian Mike Birbiglia performs on stage during the Moontower Comedy Festival at The Paramount Theater on April 25, 2014 in Austin, Texas.
Rick Kern&amp;mdash;WireImage
By Eliana Dockterman

Comedian Mike Birbiglia is headed to prison… on TV.

The actor will join the cast of the critically-acclaimed Netflix show Orange Is the New Black about a women’s prison, according to The Hollywood Reporter. His role is still under wraps, but most men on the Emmy-nominated show play love interests and relatives of the prisoners or prison guards, so it’s a fair guess he’ll be in one of those categories.

Birbiglia’s new role is just another bullet point on his increasingly impressive resume: he was recently in the box office triumph The Fault in Our Stars and an episode of the HBO series Girls. Coming up, he will appear in the new Annie movie with Jamie Foxx and Cameron Diaz, Don’t Mess With Texas with Reese Witherspoon and Judd Apatow and Amy Schumer’s Trainwreck. Birbiglia has put out several comedy specials and shows including the 2013 My Girlfriend’s Boyfriend with Neftlix. 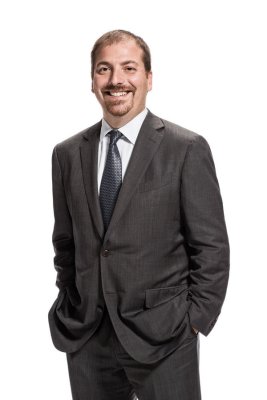 Chuck Todd to Take Over Meet the Press
Next Up: Editor's Pick