Six members of New York’s state congress said at a press conference Thursday that they want the Justice Department to conduct a formal investigation into the death of Eric Garner. Garner, 43, died on July 17 after a policeman put him in an apparent chokehold while arresting him for allegedly selling loose, untaxed cigarettes.

The medical examiner’s office ruled Garner’s death a homicide. A cellphone video of the incident shows an officer placing his arm around Garner after Garner refused to be handcuffed. Garner can be heard repeatedly saying, “I can’t breathe” in the video. Chokeholds are banned in the New York Police Department, but permitted under state law.

The New York congressman say that Garner’s arrest was part of a “broken windows” policing strategy in which officers arrest people for small crimes like drinking in public in order to discourage other criminal behavior. But critics say the tactic disproportionately affects minorities.

The New York politicians join the NAACP and the New York Civil Liberties Union in demanding that federal authorities take over the investigation from the State Island district attorney.

New York Mayor Bill de Blasio, who was elected on a platform of ending stop-and-frisk, more broadly defended the NYPD, but said that New York would comply fully with a possible Federal investigation into this case. “The NYPD does an extraordinary job of creating a secure environment while also leaving the proper space for people to express themselves within constitutional rights,” de Blasio said. “If the Justice Department decides to get involved, we respect that and will cooperate fully.” 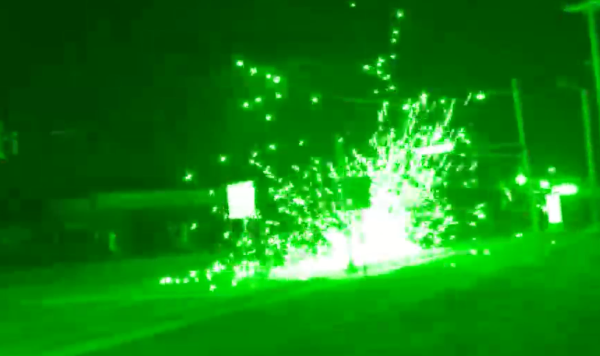 Protesters Hit With Tear Gas and Rubber Bullets
Next Up: Editor's Pick