When he’s not sucking blood and casting smoldering glares as vampire Eric Northman on HBO’s True Blood, now wrapping up its final season, Alexander Skarsgård is happily enjoying utopia in The Giver, in theaters Friday.

Or maybe it just seems that way: the film, based on Lois Lowry’s young-adult classic, is set in a community seemingly free of suffering, but full of painful secrets. Skarsgård plays the father of Jonas (Brenton Thwaites); when Jonas learns what his dad is really up to at work, he tries to save the community from its own rules with the help of Jeff Bridges’ titular wise elder.

Here, the Swedish actor talks with TIME about the young-adult classic, hanging out with Taylor Swift (who has a small but vital role in the film) and what True Blood has in store for Eric Northman.

TIME: Is The Giver big in Sweden? I feel like everyone I know in America read it as a kid.

Alexander Skarsgård: Not really — it’s not part of the canon like it is in the States. I heard about it when I came to the States, but I only read it a year and a half ago.

What drew you to the project, then?

I’ve always been interested in those Orwellian dystopian novels, like Fahrenheit 451, Brave New World and obviously Orwell’s 1984. I thought, this — even though this caters to a younger audience — was really interesting and scary. It was a character I was fascinated by, someone who could do these horrible, horrible things but still be innocent in a weird way. What is morality? If you don’t know what you’re doing, don’t understand the concept of death, is what he’s doing wrong or not?

How do you play a character that, by nature, has no highs and lows without being flat?

To me, it was about potential. I wanted the audience to feel that there’s more potential. So when he’s interacting with other members of the family, you want to feel that he could have been a fantastic dad, a fantastic husband. Because of the circumstances, there’s no opportunity for that. That made it really sad. I found that interesting because if he’s just a robot, then there’s no life, there’s nothing interesting there. I wanted to feel that this was a human being, a real man who was obviously shaped by this society and the drugs he takes with his morning injections. He’s numb.

The Giver, like much of the YA fiction that eventually followed it — The Hunger Games, Divergent — is about making choices and deciding, as a reader, what kind of person you’d be in these situations. Would your 12-year-old self have been a Jonas or someone who follows the rules?

I think we’d all like to say we would have been like Jonas because we’re more comfortable saying that, but I’m afraid almost all of us wouldn’t be like Jonas. We’re all the heroes of our own lives, and when we put ourselves in those situations, we always think we’re going to be extremely heroic, but obviously most of us wouldn’t. How would that even be possible to do when you don’t understand what pain, suffering and love are?

The story is timeless — was there anything that needed to change as it came to the big screen decades later?

Not really. It was more about small things, like using holograms instead of screens. A lot has changed in the past 20 years when you envision the future. I know that Lois Lowry spent a lot of time growing up on military bases, so it was that idea in her head. I like that in the beginning of the film it looks inviting — that makes it more interesting when you’re drawn in. “This looks nice, I could live here!” But once you get inside, then you start to see what it’s really like to live in a society like that.

Jeff Bridges has been wanting to make this movie for nearly two decades. Did he share his vision with you?

Jeff was absolutely incredible. He wanted to direct it at first, but finally he was old enough to play the Giver, so Phillip Noyce came aboard instead. Jeff and I only had one or two scenes together, but he was always on set with the most amazing energy, and that spread to everyone. It was really inspiring to see an actor with his body of work — he’s a legend — so curious. Watching him take direction from Phillip was unbelievable. To see Jeff Bridges, working on a project that he knows so well, still in that creative space of wanting to collaborate, wanting to learn, wanting to grow and wanting to surprise himself, was really fantastic to see.

Many of the characters don’t cross paths in the film. Was it isolating to shoot?

Jeff created at an atmosphere where we really bonded and we hung out. We were on location in Cape Town, very far from our loved ones back home, so we all hung out on weekends. Jeff is a very social guy. We would throw these big dinner parties and he would always bring his guitar. The only thing was I had to wrap early, because I was going on an expedition to the South Pole right after The Giver. I only had one scene with Meryl, but I was dying to work with her. It’s a scene where she shows up in our home in a hologram, and I had to be done with the film before she could get there, so unfortunately we were never on set [together].

Wait, if Jeff is bringing his guitar, did you have jam sessions with Taylor Swift when she was shooting her scenes?

Yeah, absolutely. We had a piano in the hotel lobby. People would take turns and play the piano and sing. I was better on the couch with my beer, howling along. It was really lovely, actually.

Let’s talk about True Blood. That dream sequence between Eric and Jason got people very excited. Can you tease anything about their romantic-sexual futures as the final episodes approach? The people need to know.

I can’t say much about the plot, but that was a very memorable scene. Ryan [Kwanten] is so funny. It was a very tough night for me — I couldn’t stop laughing. He’s a hilarious guy. But we knew that scene was coming. We shot that scene where he drinks my blood in season six. There wasn’t a real plan to follow through, but then when we shot it, it was strangely sensual, and Ryan and I just looked at each other after shooting that scene last year like, “We’re definitely going to see that dream sequence.” Sure enough, a couple months later we got the script, and there it was.

What was your reaction when you saw how the series ends?

I’ve been really happy with this whole season. To me, that’s Eric at his best, when he’s got one clear objective: revenge. When he’s that focused and determined, it’s so much fun to play that and hopefully watch as well. The fact that I’ve gotten to work with Kristin Bauer [van Straten] so much this season — I always miss her when we shoot seasons and we don’t get to work that much. It’s been great finishing this series side by side with Kristin. I really liked how we leave Eric at the end of this show. I’m very happy with it. Hopefully fans will be as well. 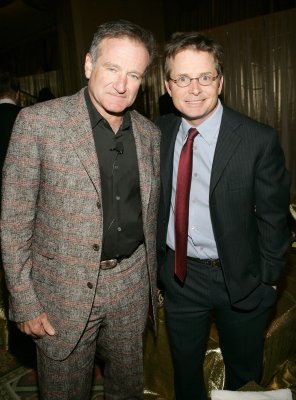