Serious Salt Confusion: New Research On How Much Salt You Should Eat

Three new papers published in the New England Journal of Medicine look at the cardiovascular risks of salt consumption, with some research saying too much salt is bad for the heart and other research saying there’s a sweet spot between too little and too much that is best. This has led to a range of headlines from “Pour On The Salt?” to “Death By Salt?“—adding to the confusion about whether we need to be cutting our consumption or forgetting about it.

So what to make of it all?

Our bodies need salt, but if we consume it in excess, we increase our risk for hypertension, which can ultimately lead to heart disease. The American Heart Association (AHA) recommends consuming less than 1,500 mg of sodium per day. Here’s what that looks like:

One of the studies had a particularly interesting finding, showing that people who consumed more than 6,000 mg a day and people who consumed less than 3,000 a day had a greater risk of cardiovascular events and mortality. People consuming a moderate amount in the 3,000-6,000 mg range had the lowest number of heart-related events. (The AHA limit—1,500 mg of sodium—is half the lower-limit of what the moderate group consumed.)

The latest studies likely won’t eliminate the debate, though. In an editorial in the same issue of the journal, Dr. Suzanne Oparil of University of Alabama at Birmingham writes: “Taken together, these three articles highlight the need to collect high-quality evidence on both the risks and benefits of low-sodium diets.”

Still, the AHA stands by its guidelines. “The bulk of the available evidence to date shows reduced sodium intake is associated with reduced blood pressure, which itself is associated with a reduction in cardiovascular event,” AHA president Dr. Elliott Antman said in the statement. “Along with improving overall diet, controlling weight, and increasing physical activity, lowering sodium intake is key to lowering blood pressure in the general population and improving blood pressure control in those with hypertension.”

Some scientists have argued that public-health messaging encouraging people to significantly cut their sodium and salt consumption is overblown or missing the point—that we should focus less on the salt in the shaker and instead encourage people to eat more whole and non-processed food, since most processed food is full of sodium and since most whole foods contain negligible amounts of naturally occurring sodium.

The debate is ongoing, but lightening up your sodium intake—particularly from processed and restaurant food—can’t hurt. 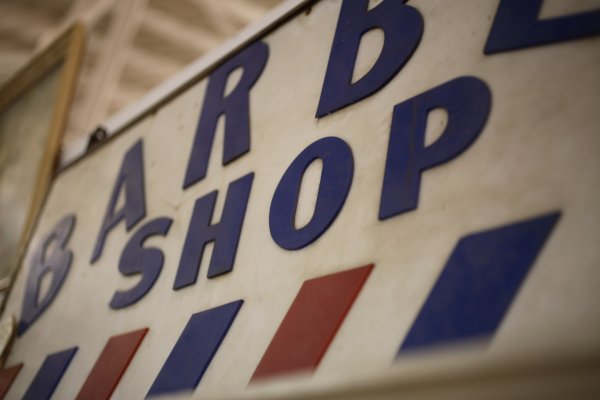 The Shave That Saves: CDC's Barbershop Initiative
Next Up: Editor's Pick