As smoke engulfed the area, the clashes were heavily reported on social media by local residents, reporters and even a local politician, Antonio French. Both French and two journalists were reportedly arrested by police during the unrest.

“What do we want? Justice,” the protesters chanted.

In this video, Ferguson police is seen using armored vehicles to control the crowds.

Protesters are seen here standing in a straight line, engulfed in white smoke. 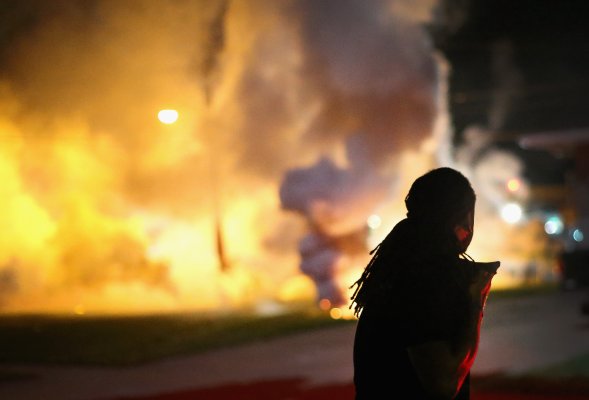 Echoes of History Resound in Ferguson Unrest
Next Up: Editor's Pick