Ronnie and I could tell there was something special about Jim Brady, who died Aug. 4 at 73, from the moment we met him. He had a certain twinkle in his eye and a way of letting you know that he knew what he was doing and everything would be all right. He had a zest for life that was infectious. He loved to hear or tell a good story, laughed easily, could see the silver lining in even the darkest cloud and made the best chili in town!

When it was time to be serious, Jim was. Often, in a three-piece suit, notebook and pencil in hand, Jim was at Ronnie’s side, listening intently, brow furrowed in concentration, taking detailed notes so he could brief the press on whatever had transpired. And when Jim gave advice, Ronnie and I listened, because we knew that he had the best instincts in town.

It broke Ronnie’s and my heart that Jim and Sarah were forced to face such adversity [after he was seriously wounded during the 1981 assassination attempt on President Reagan]. But they never complained. Jim was a patriot. He loved his country and was proud to serve. Ronnie insisted that Jim remain his press secretary, because it was the right thing to do and the White House just did not seem complete without Jim. He and Sarah became dear friends. I miss Jim and pray for Sarah. 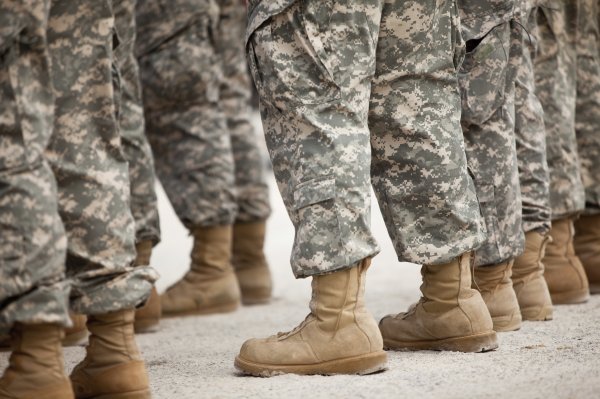 U.S. Military Closer to Iraq
Next Up: Editor's Pick