Zero Theorem Director Terry Gilliam Is Being Sued Over a Mural

Three prominent graffiti artists, whose work is well known in Argentina, are suing director Terry Gilliam for copyright infringement, according to the Hollywood Reporter.

The plaintiffs, Argentines Franco Fasoli (also known as Jaz) and Nicolas Romero (who works under the name Ever), as well as Derek Mehaffey of Canada (who operates under the pseudonyms of Troy Lovegates and Other) claim their rights to a mural collaboration have been violated in Gilliam’s forthcoming movie The Zero Theorem.

The mural, known as Castillo, was completed in 2010 in Buenos Aires’ famous zona de graffiti — an area known for its street art. The artists say they later had the mural copyrighted in Argentina in 2013.

“The Copyrighted Artwork has achieved international recognition in the art world, and is widely recognized by the public in Argentina and abroad. Castillo is so important that it is one of the few public artworks that have survived for years in that particular zona de graffiti,” says the lawsuit.

Gilliam’s The Zero Theorem — which stars Matt Damon, Tilda Swinton and Chistoph Waltz — was shot primarily in Bucharest, Romania, but the artists claim that an exterior shot of a chapel “features a colorful mural that is a blatant misappropriation of Plaintiffs’ Copyrighted Artwork.”

Voltage Pictures and Amplify Releasing are also named as defendants.

The plaintiffs are seeking a “preliminary and permanent” injunction to the late-August video-on-demand release, and September 19 theatrical release, of The Zero Theorem, as well as statutory and punitive damages, profits, and costs for legal representation. 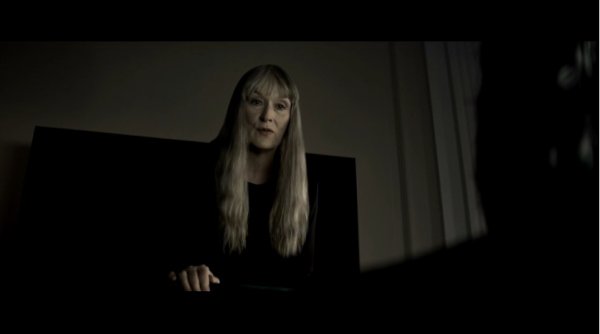 Exclusive: Meryl Streep and Jeff Bridges Face Off in The Giver
Next Up: Editor's Pick