Edward "Chip" Sarafin in Phoenix. Arizona State University outside linebacker Sarafin has told a local magazine he is gay, making him the first active Division I football player to come out
Arizon State University/AP
By Maya Rhodan

An Arizona State University football player became the first openly gay Division I football player on Wednesday after coming out in an article published in a gay sports magazine.

Edward “Chip” Sarafin is an offensive lineman with a bachelor’s degree in biomedical engineering and who is working toward his master’s at Arizona State University. He told Compete, an Arizona-based gay sports magazine, he started coming out to his teammates last spring so they’d hear it from him, rather than through rumors.

“It was really personal to me, and it benefited my peace of mind greatly,” Sarafin said.

Leaders within the Arizona Sun Devils Athletic Department issued statements in support of Sarafin on Wednesday, while members of the Sun Devil Brotherhood tweeted messages of encouragement. “The entire athletics department is extremely proud of Chip and is unequivocally supportive of him,” vice president of university athletics Ray Anderson said, noting Sarafin’s achievements on and off of the field, including research he’s conducted on football-related concussion.

The football team’s head coach Todd Graham said, “”We are a brotherhood that is not defined by cultural and personal differences, but rather an individual’s commitment to the Sun Devil Way.”

Sarafin’s openness about his sexuality comes months after the NFL drafted its first ever openly gay player Michael Sam, who is currently a linebacker for the St. Louis Rams. On Wednesday, Sam sent out a congratulatory tweet to Sarafin.

Correction: The original version of this story misstated Sarafin’s position. 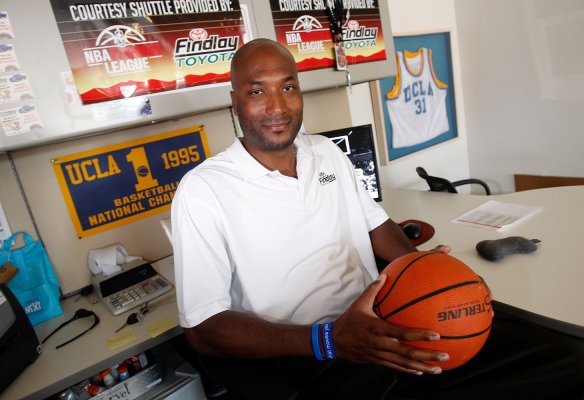 Landmark College Sports Verdict: Harsh, but in the End Puzzling
Next Up: Editor's Pick