How Aspirin Can Prevent Breast Cancer

Doctors are beginning to learn that body weight could have a role in determining a woman’s risk for breast cancer as well as her ability to survive it — and according to new research, a surprisingly simple over-the-counter drug could help with prevention.

“Obesity by itself is the worst prognostic factor,” says Linda deGraffenried, an associate professor of nutritional sciences at the University of Texas at Austin. “Obese women do worse on hormone therapy, chemotherapy and radiation therapy. We used to think that the mechanism involved the fact that they had [other] conditions such as diabetes or heart disease, but now we are starting to appreciate that the obese patient has a different biological disease.”

And that understanding led deGraffenried and her colleagues to the surprising finding that among women with a higher body mass index (BMI), nonsteroidal anti-inflammatory drugs (NSAIDs) like aspirin can actually lower their risk of breast cancer.

In a report published Friday in the journal Cancer Research, deGraffenried found that obese and overweight breast cancer patients who used NSAIDs regularly lowered their risk of getting additional tumors by 52% compared with women who didn’t take the pills. “I’ve been doing cancer research for 20 years, and there has been nothing that was able to give that kind of benefit,” says deGraffenried. “So yes, I was extremely surprised that by just reducing inflammation you could get that significant a benefit.”

What’s happening in obese patients, she says, is that their larger volume of fat tissue promotes production of aromatase, an enzyme involved in producing a form of estrogen called estradiol. Because estrogen is part of the fuel that drives breast-cancer growth, having elevated levels of aromatase is associated with higher rates of breast cancer. The mechanism also explains why drugs that inhibit the enzyme aren’t as effective in obese or overweight women. The fat tissue also promotes release of other factors that are important for tumor survival, creating a feedback loop that keeps the cancer growing in heavier women.

But NSAIDs, which block another enzyme that stimulates aromatase production, could counter this effect. And that’s what deGraffenried and her colleagues found. Among a group of 440 women diagnosed with breast-cancer tumors containing estrogen receptors, those with a BMI greater than 30 and who used NSAIDs regularly had a much lower rate of breast cancer.

Whether women with other types of breast cancer, including tumors without estrogen receptors, can benefit from NSAIDs isn’t clear, but the team is studying those populations as well.

As for whether an aspirin a day should become part of women’s breast-cancer prevention efforts, deGraffenried notes that many already take low-dose aspirin — the same does that most of the women in the study took — to protect against heart disease and colon cancer. “If you are not already on an NSAID or if there is no contraindication for an NSAID, there is reason to consider asking your doctor about it,” she says.

MORE: Osteoporosis Drugs Do Not Prevent Breast Cancer After All 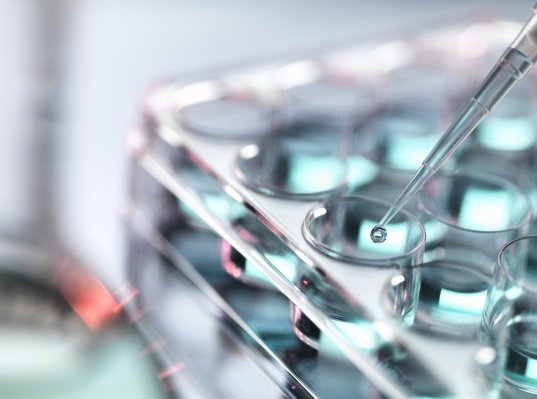