Those increasingly loud footsteps you hear could be the sound of U.S. military boots marching closer to Iraq, following a visit Wednesday by 20 American troops to plot a way to rescue thousands of Yezidi refugees on a mountain surrounded by Islamic militants in northern Iraq. While they reported fewer stranded than originally thought, Pentagon officials said, a rescue operation still might be needed.

President Barack Obama made it clear two months ago that American combat boots wouldn’t be headed back there, where 4,486 U.S. troops died between 2003 and 2011.

“We will not be sending troops back into combat in Iraq,” Obama pledged.

But you can drive an M-1 tank through that “into combat” caveat. It implies, as a top White House aide suggested anew Wednesday, that U.S. troops can go into harm’s way in Iraq and avoid combat. The first rule of war, old soldiers say, is that the enemy always gets a vote.

Other aides have been making similar distinctions. “This is not a combat, boots-on-the-ground operation,” Defense Secretary Chuck Hagel told Marines on Tuesday in California about a possible Iraq mission. “We’re not going to have that kind of operation.”

Hagel’s spokesman, Rear Admiral John Kirby, repeated that refrain Wednesday. “The President’s been very clear,” he told CNN. “There’s not going to be boots on the ground in a combat role.”

Deputy national-security adviser Ben Rhodes said Wednesday that U.S. troops might be put on the ground to help rescue Yezidi refugees stranded along the Sinjar mountain range in northern Iraq. “The role of U.S. forces is not one of re-entering combat on the ground,” Rhodes said. “In terms of the kinetic actions that are being taken” — bullets and missiles, in other words — “those are in the form of air strikes.”

But that assumes that if U.S. forces go into Iraq to help rescue the refugees, they’ll be calling the shots. Literally.

Unfortunately, the militants of the Islamic State of Iraq and Greater Syria, or ISIS, are eager to fight U.S. troops, Pentagon officials believe. Some are suicidal, and would like nothing more than to die in a firefight with U.S. soldiers or Marines.

There are limits to how much protection American troops on the ground can expect from U.S. warplanes and helicopter gunships above. And the nearer aircraft come to provide such firepower, the more vulnerable they become to whatever antiaircraft weapons ISIS has.

Whatever Obama decides, U.S. troops will be able to defend themselves. “Force protection is always a mission for U.S. personnel in any country in the world,” Rhodes said. What Obama has “ruled out is reintroducing U.S. forces into combat on the ground in Iraq.” In other words, if U.S. troops are sent into Iraq on a rescue mission, think of them as a football team that plays only defense. 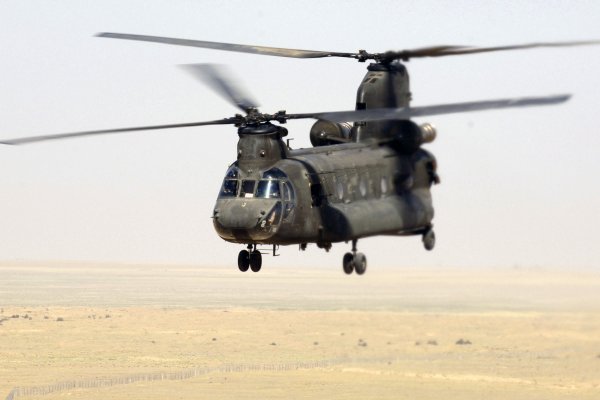 How the Pentagon Would Save the Stranded Refugees in Northern Iraq
Next Up: Editor's Pick