Bacteria are generally considered more foe than friend, but that may change, if results from a pioneering study are confirmed.

Reporting in the journal Science Translational Medicine, scientists led by Dr. Saurabh Saha, a cancer researcher at biotech company BioMed Valley Discoveries, found that directly injecting Clostridium novyi, a common bacteria species that doesn’t need oxygen to survive, into tumors in both dogs and a single human patient shrunk or eliminated tumors and possibly bolstered the immune system to continue targeting tumor cells for up to two years.

“We don’t use the word cure often in cancer. We need to remain humble,” says Saha. “But when we started treating the dogs, we achieved cures. That gets you really excited.”

The fact that bacteria could potentially be a valuable ally in fighting cancer first emerged more than a century ago, when William Coley, a bone surgeon, observed that some cancer patients who developed severe bacterial infections also experienced remission of their cancer. Coley began using Streptococcus pyogenes to treat cancer, but wasn’t able to generate a consistent enough response. The bacteria also produced more toxic reactions than antitumor responses.

But in recent decades, researchers at Johns Hopkins led by Dr. Bert Vogelstein, director of the Ludwig Center for Cancer Genetics and Therapeutics, revisited the idea, combing through databases of bacteria for just the right combination of features that included thriving in low-oxygen conditions while producing few adverse reactions from infection such as fever and inflammation.

C. novyi, when stripped of its primary toxin-producing gene, seemed to fit the bill. First in mouse studies, then in trials involving dogs, the bacteria was a precise and effective tool for eliminating tumors. Saha trained under Vogelstein and was galvanized by the promising data. Because it grows best under oxygen-starved conditions, C. novyi targets just the stubborn cancer cells that are hardest for current anticancer treatments to reach.

Among a group of 16 dogs who had soft-tissue sarcomas, six responded to the bacterial treatment. The pets received anywhere from one to four cycles of 1 billion spores each. In three of the animals, the tumors completely disappeared and the animals remain cancer-free nearly two years later. In three others, the growths shrank by at least 30% after 21 days.

That success encouraged the team to consider testing in humans, and the first patient to try therapy in an early trial enjoyed similar results. A 53-year-old woman with a rare cancer that had spread to her liver, lungs, shoulder and leg bones agreed to get an injection of the C. novyi preparation, albeit at a much lower dose than the dogs. Around 10,000 spores were injected directly into a tumor in her right shoulder. She developed an abscess when her immune system tried to battle the bacteria, but after four days, an MRI of the growth showed it had dramatically shrunk. Nearly a month later, the tumor continued to get smaller.

It turns out the bacteria are almost the perfect cancer-fighting weapon, able to target stubborn tumor cells and microscopically destroy just the malignant cells while leaving normal tissue alone. “When the spores reach the [low-oxygen] regions, they germinate and start growing, producing substances and enzymes that are toxic to tumor cells and cause their destruction,” says Nicholas Roberts, a co-author of the paper and a postdoctoral fellow at the Johns Hopkins Sidney Kimmel Comprehensive Cancer Center.

When they reach the edges of the tumor, says Saha, the bacteria stop their destructive activity. “Once they see the well-oxygenated rim of the tumor, they self-eliminate and can’t grow anymore. They are almost like a surgical, biological scalpel. Surgeons can’t get to that level of precision in terms of cutting out a tumor.”

Saha, whose biotech company is working on further testing of the approach in human patients, hopes that it will become part of the cancer-fighting arsenal in coming years and believes bacteria, used in combination with other immune-based approaches or even chemotherapy or radiation, could help to improve cancer outcomes. Unlike the latest targeted drugs that hone in on specific genetic mutations in cancer cells, the bacteria can be effective against any solid tumor that has a low-oxygen region, regardless of whatever genetic mutation caused it grow out of control.

If the results hold up, the strategy would be among the first in which a bacterial infection is a welcome thing. “There is a lot of hope in moving forward with this,” says Roberts.

MORE: There’s a Vaccine Against Cancer, but People Aren’t Using It

MORE: On the Horizon at Last, Cancer Drugs that Harness the Body’s Own Immune System 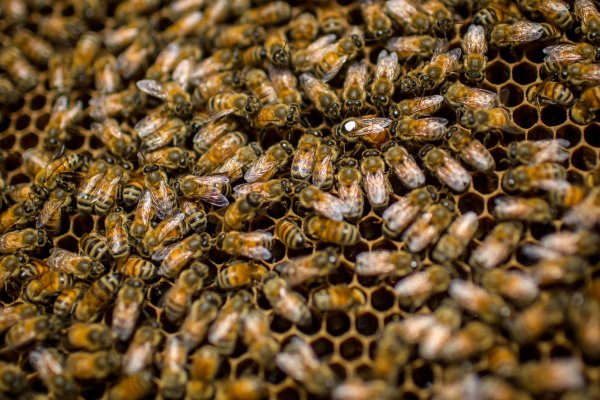