Chris Christie, New Jersey’s governor and potential 2016 Republican presidential candidate, became the latest high-profile figure to participate in the “Ice Bucket Challenge” Tuesday evening. That’s the Facebook trend in which people post videos of themselves getting doused with ice water, then nominate others to do the same within 24 hours or donate $100 to ALS research.

In the video posted to Christie’s Facebook page, he’s seen grinning as two of his children, Patrick and Bridget, do the honors. He nominated New Jersey Senator Cory Booker (D), Facebook founder Mark Zuckerberg, and Tonight Show host Jimmy Fallon to complete the challenge next.

Ethel Kennedy, the widow of Senator Robert Kennedy, nominated President Barack Obama to do the challenge, but a White House spokesperson said he will just give money. Other influencers who have completed the challenge include Martha Stewart, Matt Lauer and Lance Bass. 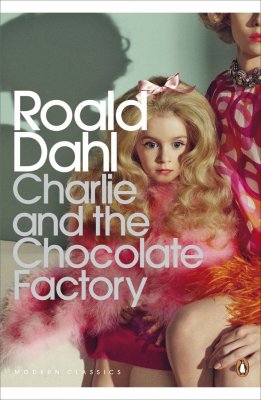 Roald Dahl Fans Are Not Pleased With This Creepy New Charlie and the Chocolate Factory Cover
Next Up: Editor's Pick