A person who was shot Monday night after a struggle with a Los Angeles police officer has died, officials said, but the victim’s family members say Ezell Ford was unarmed and shot in the back.

The Los Angeles Police Department said an officer conducted an “investigative stop” of an unnamed individual, during which “a struggle ensued” resulting in the shooting of the suspect.

But in an interview with KTLA News, a woman who identified herself as the mother of victim Ezell Ford said he was lying on the ground, complying with officer’s commands when he was shot in the back.

“My heart is so heavy,” Tritobia Ford told KTLA News. “My son was a good kid. He didn’t deserve to die the way he did.” Ford is said to be black, between 24 and 25 years old and mentally handicapped. “All we want to know is why they did it,” Ezell Ford Sr. said.

The LAPD said it is conducting an investigation into the shooting, and the LA County District Attorney’s office is also reviewing the incident.

At least 303 people have been killed in officer-involved shootings since 2007, according to the Los Angeles Times. The shooting of unarmed teenager Michael Brown in Ferguson, Mo. has provoked an FBI investigation into his death, and widespread unrest in the St Louis region. 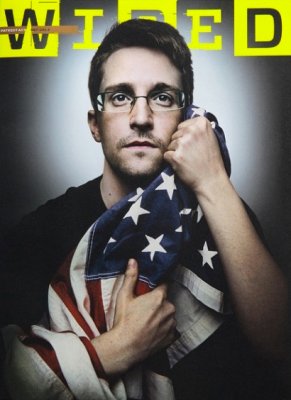 Edward Snowden Opens Up
Next Up: Editor's Pick