Edward Snowden isn’t an easy man to get a hold of. The U.S. government wants to prosecute him, his admirers want to meet him and the media want to interview him. Meanwhile, Snowden is in Russia, and for many of his seekers, inaccessible.

But WIRED managed to interview Snowden for its current issue, however, and in a decision sure to arouse controversy, put on its cover the man some believe to be a traitor draped in an American flag, looking pensively off into the distance.

Edward Snowden on the cover of Wired magazine.
Platon/Wired

Snowden tells WIRED that he’s willing to go to prison, but not if it means scaring other whistleblowers. “I care more about the country than what happens to me,” he says. “But we can’t allow the law to become a political weapon or agree to scare people away from standing up for their rights, no matter how good the deal. I’m not going to be part of that.”

He also told Wired that he most fears U.S. government, not Russian police: “I’m going to slip up and they’re going to hack me. It’s going to happen.” Another interesting tidbit: Snowden wasn’t sure anyone would care about his leaks. “I thought it was likely that society collectively would just shrug and move on,” he says. Despite his fears, however. the U.S. House of Representatives voted earlier this year in a 293-to-123 vote to halt the NSA’s practice of conducting warrantless searches of millions of Americans’ emails and phone calls.

Is Snowden a patriot or a traitor? A whistleblower or a criminal? The questions about Snowden’s motives won’t be answered anytime soon, but the provocative cover is sure to add some fuel to the debate. 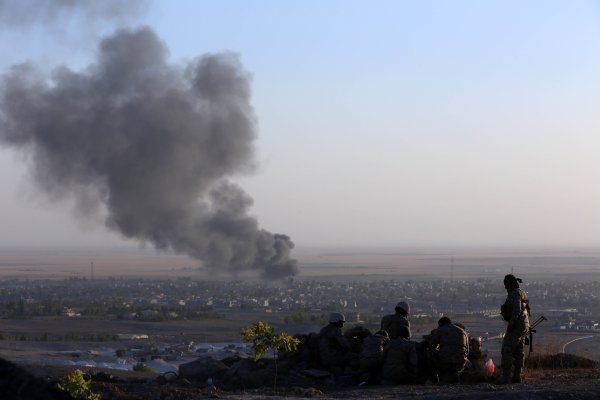 Experts Warn of Iraq Blowback
Next Up: Editor's Pick