A man in northwest Georgia went on a shooting rampage, killing two people including himself.

The man, whose name has not been released by police, is accused of shooting three people at a house in Cartersville, about 40 miles outside Atlanta. One victim was declared dead at the scene and the other two were transported to a nearby hospital. Police say the shooter then fled in a car, which he crashed into a house, the Associated Press reports.

He then broke into the house, shot occupant in the hand, carjacked a vehicle from an elderly man and his grandson and crashed into a truck, police said. The collision caused a fire, whereupon police say the shooter turned the gun on himself. Neither the elderly man nor his grandson were injured in the incident.

Bartow County Sherriff Clark Millsap said the shooter knew his victims and police are investigating the cause of the shootings. 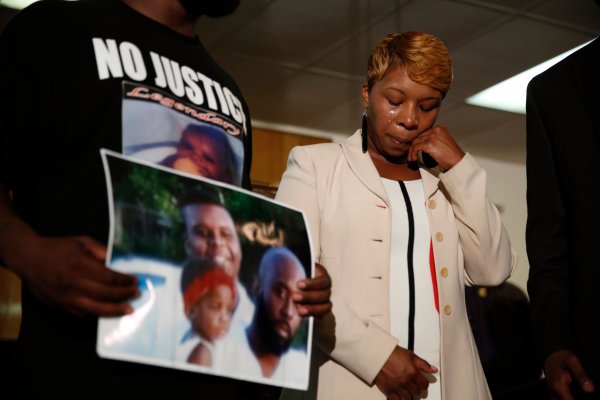 Parents of Slain Missouri Teen Plead for Justice
Next Up: Editor's Pick