From a distance, freshman Rep. Ron Barber’s seat in southeastern Arizona, which sits along a long stretch of the Mexican border with Latinos making up over 25% of the population, seems like it would be ground zero in the midterm election battle over immigration. The race is one of the tightest in the country, with Barber likely facing retired Air Force Col. Martha McSally, a Republican who came within one percent of beating Barber two years ago.

But if you look up close, immigration is not exactly the issue of the day in Arizona’s 2nd District. In interviews with TIME, Arizona Democratic and Republican donors and activists said that economic issues were eclipsing immigration in the battleground. “Immigration I think is a piece of it, [but] I don’t think it’s a determining factor,” says Edmund Marquez, a senior member of the Tucson Hispanic Chamber of Commerce who supports McSally based upon her “strong” personality. “I think it’s more economy, more jobs, more fiscal responsibility.”

Arizona Democrats counter that Barber is best suited on economic issues, particularly on how to save the Davis-Monthan Air Force base—a top-three employer in Tucson, the largest city in the district—from potential cuts, despite McSally’s military background. The Administration requested in its budget for fiscal year 2015 to retire the A-10 aircraft, the main plane flown out of the base. “Congressman Barber has been working hard for several years with many of the civilian and military groups to protect the A-10 squadron,” says Dr. Don Jorgensen, the Chairman of the Pima County Democrats. “It’s Ron Barber who’s gotten the attention for the work he has done in essentially saving that investment.”

The local Democratic chair said local voter concern over immigration has actually faded in recent years. “Immigration is still there, just not the same level of intensity of two years ago…when it was front and center,” says Bill Roe, the chairman of the Arizona Democratic Party.

Outside groups have poured money into the race at unprecedented levels, but not on immigration issues. During the Administration’s fumbled rollout of the online health care exchange HealthCare.gov, conservative outside group Americans for Prosperity slammed Barber over the President’s “if you like the [health care] plan you have, you can keep it” line. The Democratic House Majority PAC, in turn, has hit at the ads funded in part by the conservative billionaire Koch brothers, charging that McSally is tied to an anti-Social Security, minimum wage and Medicare agenda. Both campaigns refute the negative attacks.

The McSally and Barber campaigns have so far spent their money on positive ads that distance themselves from a historically unpopular Congress. In McSally’s only 2014 campaign video on her website, pictures of her in uniform—she was the first American woman to fly a fighter aircraft in combat (the A-10) and command a squadron—are interspersed with broad attacks on Washington. Barber’s first ad, “Home,” portrays himself as a longtime local businessman who was the fourth most likely Congressman to vote independent of his or her party. The ad does present securing the border as an issue, as well as blocking congressional pay raises, protecting Medicare and saving the A-10. According to Elizabeth Wilner, the senior political vice president for campaign ad tracker Kantar Media Intelligence, no ad in the race has focused on the border crisis.

There have been recent signs that McSally is willing to go after Barber on the issue of immigration. She released a statement bashing Barber for opposing the $694 million border bill that passed the House with Republican support two weeks ago. “Congressman Barber failed Southern Arizonans by voting against a bill to help secure our border and provide badly needed resources to deal with the humanitarian crisis,” she wrote. “Either he doesn’t understand how important this issue is or is more concerned with following his party’s wishes.”

In a statement to TIME, Barber said the vote was “essentially political theater,” since the House legislation has no chance of passing the Senate. He said the bill “did not provide the resources needed to secure the border or address the humanitarian crisis.” Barber added that he supported a recent proposal by Arizona Republican Senators Jeff Flake and John McCain, which never got off the ground. That proposal would make legal changes to speed the deportation of undocumented children, added funding for more judges and increased the number of refugee visas that Central Americans could apply for from their home countries. 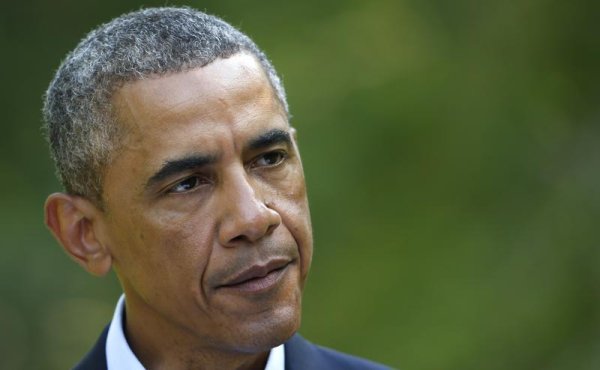