President Barack Obama speaks on Aug. 11, 2014, in Chilmark, Mass., during his family vacation on the island of Martha's Vineyard.
Jacquelyn Martin—AP
By Zeke J Miller

In a statement released by the White House, Obama appealed for calm, noting the Department of Justice is investigating the shooting. Brown’s death has set off incidents of rioting and violent confrontations with police, who have responded with tear gas and rubber bullets. He said:

Brown was shot during an altercation with police on Saturday afternoon. The circumstances of the shooting are hotly contested by witnesses and police. Police said Tuesday they would not release the name of the police officer who shot Brown “for safety purposes.“ 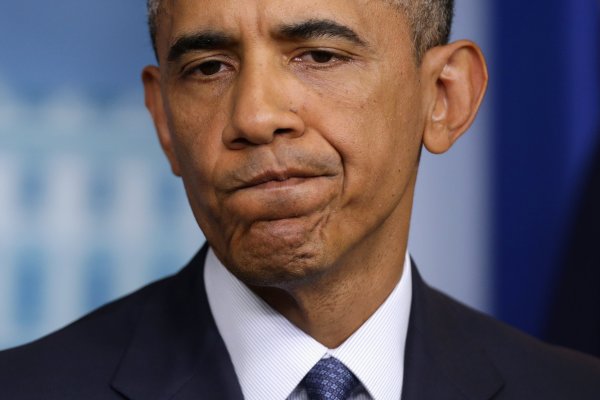