Who Gets the Experimental Ebola Drugs?

The World Health Organization (WHO) announced this morning that it is medically ethical to offer unproven experimental drugs and vaccines for patients with Ebola.

Since the effects on humans of the drugs—which have shown to be effective on animals—are largely unknown, the panel had to weigh the benefits and risks. The panel ultimately determined it was ethical to administer them experimentally, but that any interventions should include “transparency about all aspects of care, informed consent, freedom of choice, confidentiality” and more. But now the question is: With not enough to go around, who gets them?

That’s ultimately at the discretion of the countries themselves, and before that happens, there’s a waiting period as the WHO formulates another panel of technical experts to create guidelines for the best use of these drugs. Some of the questions they will try to answer are: At what stage of the disease are the drugs or vaccines effective? Are they effective at the beginning of the disease or at the later stages? What are the safety issues related to the drugs? What’s the efficacy of the drug—do 30% of people respond or 50%?

“It think [who gets the drugs] is one of the most difficult questions to answer,” says Dr. Abha Saxena, the coordinator for the global ethics team at WHO. “There is a limited supply and there is a lot of demand. But who gets it is contextual, it will depend upon on the country, the situation, and they type of drug that will eventually go forward into either trial or compassionate use.” The panel will meet by the end of this month.

Sidie Yahya Tunis, head of public relations for the Ministry of Health in Sierra Leone’s Emergency Operations Center told TIME in an email that Sierra Leone will prioritize physicians and health workers, but that they are waiting for more WHO guidance. “We are waiting on WHO to provide the protocol for administering the drugs. We determine who gets the drugs based on the following factors: the number of doses available to us, the clinical expertise in country to administer the drugs, and clear consent from the patient,” Tunis said.

One of the biggest factors will be availability and supply.

The experimental drug ZMapp has been given to the two American patients who were infected with Ebola and evacuated to Emory University Hospital in Atlanta, and it is reported that the drug was also given to a 75-year-old Spanish priest who ended up passing away in a Madrid hospital on Tuesday. The are other drugs in the pipeline, including a vaccine from a National Institutes of Health researcher and a drug that blocks the virus’ ability to copy itself. Unfortunately, supplies of all the drugs are extremely limited. Larry Zeitlin, president of Mapp Biopharmaceutical Inc., the developer of ZMapp, told TIME that the use of ZMapp in humans was “unanticipated” and they’re working to scale up as quickly as possible. The company posted a statement about it’s short supply on its website Tuesday:

“Right now, the biggest constraint of increasing production of ZMapp is time. Since the antibodies are grown in the tobacco plant, the plant obviously needs time to mature,” says Maura Payne, the vice president of communications for Reynolds American Inc., which heads the Kentucky BioProcessing plant making ZMapp.

As TIME reported earlier, there’s been very low financial incentive to develop drugs for Ebola, which is in part why health responders are empty handed. Whether researchers and manufacturers can develop and produce enough drugs to have any sort of impact on the current outbreak is yet to be seen. 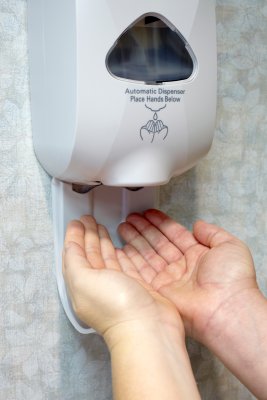