Why the Funniest People Are Sometimes the Saddest

I always feel a more intense sense of loss when a fellow alcoholic or addict commits suicide. Possibly because I have thought about it obsessively for years, and slit my wrists on multiple occasions until being forced into rehab and getting sober a year later at the age of 18.

No one will ever know exactly what Robin Williams was thinking and feeling when he made the decision to end his pain the way he did. But I do know he wasn’t seeing himself the way the rest of us saw him.

But on this particular night, I noticed that none of the regular comedians were leaving when they were done. We were all finding excuses to hang around. None of us wanted to admit it, but Robin Williams was performing, and we were genuinely excited.

Now, any other group of performers would have proudly stood outside with streamers and a welcome banner, but comedians are jaded asses who would rather sit in the back of the room with their hearts pounding while folding their arms and feigning disinterest.

What struck me the most about Robin was how important it was to him that the other comedians liked him. He was always gracious to the performer he had bumped off the lineup. That first night, and during his many returns over the years, he would always come upstairs and sit with us at the “comedy table” (made famous on Louie).

He could have easily dominated the conversation; we all knew the difference between who he was and who we were. Robin was one of the few larger-than-life comedians who could have actually gotten a table full of other comics to shut up and listen. But he didn’t. He joked and laughed with us and went out of his way to not tower above us. He probably never knew how much we loved him for that.

By all accounts, Robin struggled with depression and addiction over the years. So many comics I know seem to struggle with the demons of self-hatred and self-destruction. While my physically self-destructive days ended when I got sober, the thought of suicide was always there, an option behind glass that I could break in case of an emergency. I glamorized the idea of constructing my own exit.

And yet on a day like Monday, that idea seemed terrible and unnecessary. Not triumphant or glamorous but sad and empty and incomplete.

The funniest people I know seem to be the ones surrounded by darkness. And that’s probably why they’re the funniest. The deeper the pit, the more humor you need to dig yourself out of it.

Over the years, comedy has gone from happy-go-lucky pie-in-the-face jesters to the stuff of the deeply personal and honest with the coming of Lenny Bruce, Richard Pryor and George Carlin. The public began to see, through brilliant material and public battles with personal demons, that the people who made them laugh the hardest seemed to be enjoying life the least. Maybe all those jokes were hiding something much darker. The cracks in the exterior began to show.

On Jan. 28, 1977, Freddie Prinze ripped the facade down for good when he shot himself.

Years ago, I was told that one of the most important attributes humans don’t have is the ability to see themselves the way others do. This is normally what I think of when people behave like an ass and don’t realize it, or think they’re smarter than they actually are. It’s rare that I think of it in the terms I have been after hearing about Robin.

Robin and I had the same managers for the past decade, and one brought him and Billy Crystal in to watch as a surprise on the night I was doing a Jimmy Kimmel warm-up set at the Comedy Cellar. I was nervous and my set was mediocre, but Robin treated me as if I’d just blown away his Live at the Met special.

When my mother and father met him after an Atlantic City show, Robin made a point to spend a few minutes with them and say great things about me. My ego would love to believe it’s because I’m so terrific, but the reality is that Robin was smart enough to know how much it would mean to my parents to hear him saying such nice things about their son.

And it meant a lot.

At least I hope he couldn’t have understood.

Because it’s too sad to think that maybe he did understand, and it just wasn’t enough anymore.

Norton is a comedian and New York Times best-selling author and the host of The Jim Norton Show on Vice.com. 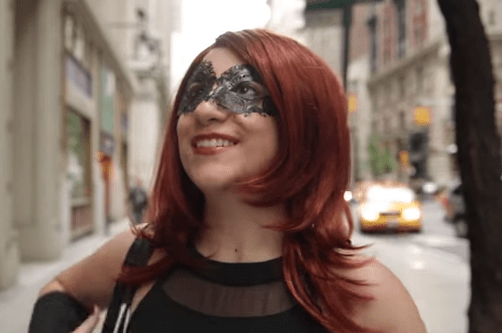 Here's What It Would Look Like if a Female Superhero Pitched Her Own Movie
Next Up: Editor's Pick