Robin Williams, who died on Aug. 11 at 63, was not the kind of guy you simply interviewed. He was the kind of guy with whom you lit a fuse and then stood clear. Our chat in 2011 was in anticipation of his first appearance on Broadway in a serious play, but the conversation quickly spilled over into unchartered territory.

My first impression of him was that he was one impressively hairy human. Sitting there in the makeup chair (for a portrait and video of him that TIME ran with the story), I noticed that he was covered with a wild, manly mane, over all his body like the overgrowth in his film Jumanji. He joked about how his chest hair was so thick it actually poked through the fabric of the shirt he was wearing.

As we sat down to talk, he noticed that the battery cover on my tape recorder was missing. He started talking very slowly at first, and then very fast — imitating the warp effect when you try to play back a recording when the batteries are dying or loose. Through my terrified laughter, I begged him to stop, worried about the panic it would unleash in whoever landed transcription duty.

From that point on, it was like an off-road trip into comedy wilderness without seat belts.

Williams was widely known and loved for his outsize comedic roles, like the Genie in Aladdin and the dad turned Mrs. Doubtfire. He was almost as widely mocked for overly earnest roles in Jakob the Liar or Patch Adams. Sometimes he landed the manic-depressive balance just right — Dead Poets Society, Good Will Hunting — and those were among his most critically acclaimed roles. But in person, he was a mixture of both these extremes: heartfelt and off-the-wall. One moment he’d be going off on a riff about the chintziness of the abandoned official residences he saw while doing USO tours in Iraq — “Colombian drug lords would be like, ‘This stuff is so tacky!'” — and the next he’d be talking about how worried he was for the mental health of returning veterans.

I came away from the interview in awe of his prodigious gifts — his energy and ability to throw off one dazzling comedy firework after another, each sparking off the next in a way that was so random but brilliant that you didn’t really know where to look.

But I also came away with a sense that he was a guy who had figured out how to not let it cost him too much; that he had faced down his darkness and his addictions and impulses. He had harnessed, I felt, whatever it was in him that strained at the leash, sometimes pulling him toward a manic hailstorm of comedy and sometimes somewhere just as crazy, but also scary and destructive.

I guess I was wrong.

At some point, I ran out of written questions. Either that, or we were so far off topic, I had to make them up as I went, asking such howlers as whether you could be funny when you get old. It didn’t matter how lame I felt my questions were though: he had a hilarious response to whatever query you offered up. I ultimately sat back and marveled at that chaotic comedy geyser’s full height.

Eventually, of course, he had to go and that wild ride we were on turned back into a regular old office again, drab and ordinary. Which is what the world feels like tonight. 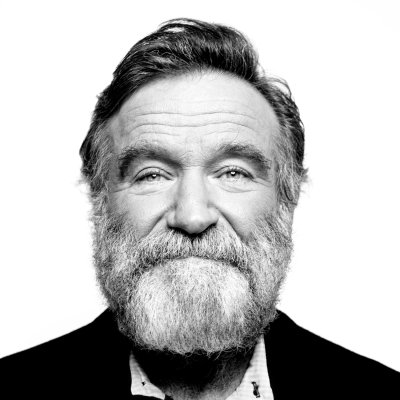 Actor Robin Williams Dies at 63
Next Up: Editor's Pick