One Secret for Negotiating Absolutely Anything

Trying to get your boss to give you a raise? Want to score a higher price on a car you’re trying to sell, or a better deal on one you want to buy? The trick to getting what you want might just be looking angry.

In a new research paper, “The Commitment Function of Angry Facial Expressions,” Harvard University psychology post-doc Lawrence Ian Reed says that an expression of being fed up — “slanted brows, glaring eyes, and tight lips” — can be a surprisingly effective negotiating tactic.

“One of the most exciting things about this work is that it reflects a myriad of real-world scenarios,” Reed says. “These include any situation in which Person A threatens Person B with the goal of motivating Person B to act in a way that is in accordance with Person A’s goals.” This could be a real estate deal, buying or selling a car or other item, or making a bid for a job, raise or promotion.

“The problem with threats is that they are ineffective when they are empty,” he says.

It’s important to note that although Reed uses the term “threats,” he doesn’t mean the layman’s definition of somebody provoking an altercation — that’s not going to get you much besides an escort out of the building. Instead, think of threats in this case as demands, whether you’re trying to wrangle a better deal on a bedroom set or a higher annual raise.

So, how do you make somebody think you’re actually going to walk away from a deal or a job without actually doing it (or if you’re bluffing)?

This is where the angry face comes in. For the best negotiating clout, you’re not aiming for seeing-red rage — more like the irritation you get when another driver cuts you off on the road or your kid knocks something over after being warned umpteen times to play more carefully. Reed characterizes it as “a stern expression,” with the corners of your lips tightened, brow furrowed and a “steely gaze.”

This works because genuine facial expressions of emotions are hard to fake. Remember how Tyra Banks had to lecture all those contestants on America’s Next Top Model to “smize” — that is, to engage their eyes as well as their mouths when they smile?

Since it’s difficult to fake your emotional expression, people unconsciously assign that more importance than what you’re actually saying. “We pay attention to what people ‘say’ with their faces more than what they say with words,” Reed says.

“The effectiveness of the threat depends on how credible it is,” he says. An angry expression makes a threat more credible because people intuitively think it’s genuine. Whoever you’re negotiating with is more likely to think you’ll follow through on taking your business elsewhere or walking away on a job offer if your words are delivered with the look you’d give a person with a cart full of groceries in the express checkout lane. 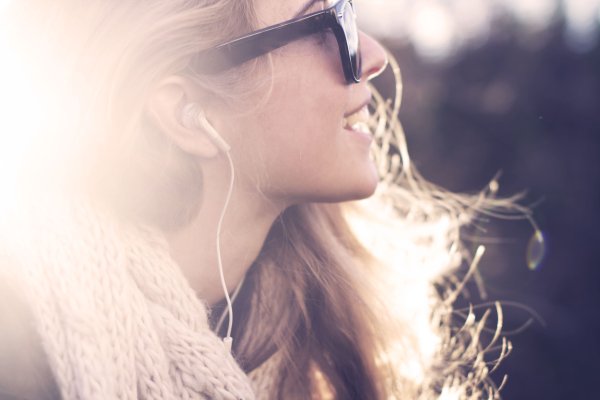 15 Scientifically Proven Ways to Be Happier
Next Up: Editor's Pick