Rob Stephens, a field secretary with the North Carolina NAACP, escorts Rosanell Eaton, a plaintiff in the lawsuit challenging the new North Carolina voting law, out of the Ward Federal building during lunch recess on Monday, July 7, 2014 in Winston-Salem, N.C. The U.S. Justice Department is asking a federal judge in North Carolina to put sweeping changes to the state's voting laws on hold through the November election. The Justice Department argues the Republican-backed measures are designed to suppress turnout at the polls among minorities, the elderly and college students.
Andrew Dye—AP
By Maya Rhodan

A federal judge ruled Friday against a petition by the Justice Department and civil rights group to block North Carolina’s expansive voting law from taking effect before November’s election, writing there was not enough evidence that it would cause “irreparable harm” if it remained in effect.

U.S. District Judge Thomas Schroeder said in his opinion that though the plaintiff’s raised plausible claims against the 2013 law, there was no need for an injunction on the law while the issue was litigated in the courts. The state’s request to dismiss the case altogether was also denied, and it will stand trial next year.

The law, which has been called one of the most suppressive laws in recent history, is being challenged by the Obama Administration and a group of civil rights organizations including the American Civil Liberties Union, the Advancement Project, and the North Carolina chapter of the NAACP, which claims the law will disenfranchise thousands of black voters. The law eliminates same-day voter registration and out-of-precinct voting, cuts the number of early voting days from 17 to 10, and requires voters to present specific forms of identification at the polls.

About 70% of black voters voted early in 2008 and 2012, and African Americans were also more likely to use same-day registration than other groups.

With the backing of Republican lawmakers, the law sped through state legislature last summer in the wake of the Supreme Court decision that struck down a provision of the Voting Rights Act that would have required Department of Justice approval before it took effect. It is one of several laws being challenged by civil and voting rights groups for having a potentially burdensome effect on voters of color, though those who support the laws say they are merely designed to protect the integrity of elections.

Following the ruling, the state’s lawyers said the judge’s decision is further proof that North Carolina’s law is constitutional. “This is a victory for North Carolina’s popular law that requires identification to vote,” said Bob Stephens, Chief Legal Counsel to North Carolina Governor Pat McCrory in a statement. “North Carolina is joining a majority of states in common sense protections that preserve the sanctity of the voting booth. Today’s ruling is just more evidence that this law is constitutional—as we have said from the very onset of this process.”

On Friday, voting rights groups expressed disappointment at the judge’s ruling, but said they will continue to push to block the law during the full trial.

“While we had hoped the court would recognize this irreparable harm, the ultimate goal is to see these discriminatory measures struck down,” said Dale Ho, director of the American Civil Liberties Union’s Voting Rights Project in a statement. “We look forward to making our case at full trial, which is something the state had sought to avoid.”

The law could have an impact on the upcoming U.S. Senate election in the state, considered a toss-up as Democratic incumbent Sen. Kay Hagan faces a challenge from Republican Thom Tillis, the current speaker of the state House of Representatives. 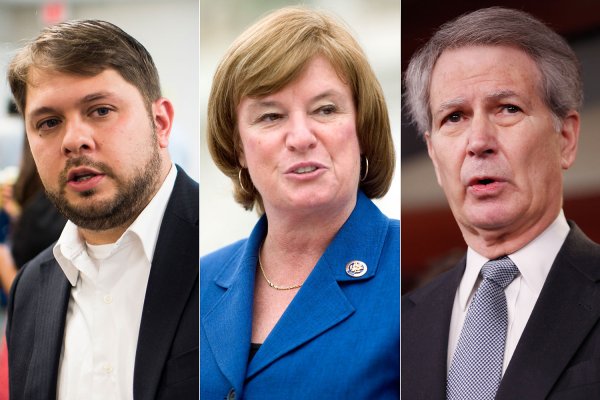