At Defcon, the annual hacker conference that met over the weekend in Las Vegas, attendees play a semi-official game called “Spot the Fed.” The object is to identify who among the rabble of computer geeks and hackers is an employee of the federal government. I spent the weekend reporting at Defcon and though I never went to claim a prize—I don’t think journalists are invited to play anyway—I do think I found a Fed.

As a conference that hosts speeches on topics like how to cyber-hijack a jetliner, Defcon takes pride in skirting the edge of legality. Feds, especially in the post-Snowden era, are not especially popular, though the place is rumored to be “crawling” with them, as one long-time attendee put it to me. Not all of them are covert; two years ago former head of the National Security Agency Gen. Keith Alexander spoke to the crowd. Then last year, in the wake of Edward Snowden’s massive leak exposing NSA surveillance, conference founder and patriarch Dark Tangent (his hacker handle) wrote an open letter asking Feds to sit out the event so everyone could cool off. This year’s Defcon saw no such request.

When I found Chuck, he was sitting alone, slow-nursing $20 in credit on a poker machine at a bar in the Rio Hotel and Casino, where the conference was held. He told me it was the best way to get drinks out of the place on the cheap—play real slow through $20 at the bar and let the bartender keep coming by with booze.

“That’s what this whole conference is about,” he said. “Hacks.”

DefCon types are famously authority adverse and antagonistic toward the press, and it’s possible Chuck was just a guy getting a kick out of messing with a TIME reporter. I couldn’t verify Chuck’s identity or even his status as a Fed—he refused to give me a business card or a last name or the details of where he works—but I’ll say this: he fit the bill. Middle aged, balding shaved head, button up hawaiian style shirt, polite, personable, frugal. He said he teaches information security to other employees of the Department of Defense. “I’d like to get the other side,” Chuck said when I asked him what he was doing at Defcon. “The things I’m trying to teach my students to prevent against.”

I asked Chuck if he was, at least partly, on the lookout for criminals. Defcon is also notoriously crawling with those.

“No. I’m sure they’re all over,” he said. “That’s why [to get into the conference] you pay cash only and you get a badge that just says ‘Human.’ There’s everything from DOD entities, to NSA agents, to cybercriminals and everything in between.”

Had he seen other Feds at Defcon?

“We kinda spot each other. It’s just the way they move and the general feeling you get and the confidence that some of these guys project,” Chuck said. “When they don’t start just spouting off about what they know and try to brag about how smart they are.”

I asked what were the most interesting talks he’d seen.

“The ones that begin with ‘This is illegal. Don’t do it.’”

And how does he feel about such talks?

Defcon, he said, is “about opening people’s eyes to the intrinsic insecurity of the entire IT realm. The fact that you can manufacture a device, a piece of software, and not care about security as long as it’s marketed well.These people get ahold of it and just break it wide open,” Chuck said. “And trying to get big business and the federal government and manufacturers to understand that if you put something in my hands I’m going to take it apart and figure out how it works. So maybe you should think about security a little bit more.” 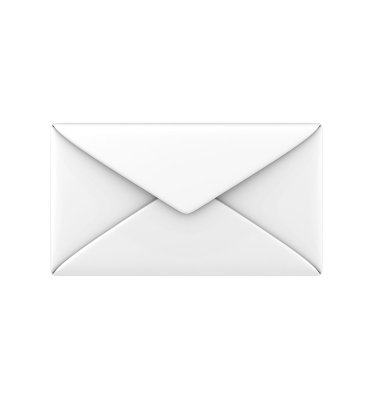 Hackers Unveil Their Plan to Change Email Forever
Next Up: Editor's Pick