In 1965, Intel co-founder Gordon Moore stated that the number of transistors per square inch on integrated circuits had doubled every year since their invention. The doubling of transistors and chip performance about every 12-18 months became known as Moore’s law and is one of the laws that has guided the innovation in computers and technology for almost five decades.

Over the years, however, Moore’s law as come under some heat, with detractors saying that Moore’s law will soon run out of steam, mostly due to basic physics arguments. These detractors can’t see how you can cram more and more transistors into such tiny silicon wafers, so they expect Moore’s law to peter out. The only problem is that the engineers at Intel scoff at these detractors and continue to drive Moore’s law forward year after year.

This is highly evident in the company’s newest processor line, code-named “Broadwell Y.” Broadwell Y uses a 14-nanometer manufacturing process and is poised to change the power and size of all types of mobile devices. It will be branded “Core M.”

Intel’s major journey to extend Moore’s law, especially to mobile computers, started in 2010 with the introduction of its Core i3, i5 and i7 line of processors. The first generation of some of these processors was codenamed “Westmere” and used Intel’s 32-nanometer manufacturing process to produce ultra-low-voltage processors for mobile devices.

The lower the voltage of a processor, the longer the battery life can be. However, while people want long battery life, they also want powerful processing and great graphics. By using a 32-nanometer manufacturing process and doubling the amount of transistors found in previous Intel processors, the company made it possible to deliver lighter and more powerful laptops with longer battery life.

The next year, Intel introduced its next 32-nanometer chips, code-named Sandy Bridge. These processors were even faster and more power-efficient than Westmere chips, with graphics integrated onto the chips themselves. These chips drove Intel’s “Drive to Thin” campaign, with Intel and its partners bringing out even thinner and lighter laptops.

In 2012, Intel moved to 22-nanometer processor manufacturing technology, introducing Ivy Bridge chips. The transistor count basically doubled, giving us even faster processors with lower power draw and even thinner and lighter laptops. This chip also included integrated 3D graphics and support for Direct X11, making imaging laptops even better and paving the way for laptops with modern touchscreens. In 2013 Intel, still using the 22-nanometer manufacturing process, introduced a chip code named Haswell, which extended the battery life mobile computers by 2X, and had a 20X idle power reduction and very low latency idle states. This allowed for even thinner and lighter ultrabooks and the introduction of what Intel and partners call two-in-ones.

Now enter Broadwell Y chips and the Core M brand name. This will mark the next big leap in manufacturing process, using 14-nanometer technology. By using the 14-nanometer manufacturing process, Intel again basically doubles the amount of transistors on a chip, yet delivers a processor that runs only at about four to five watts and uses very low voltage. This again extends battery life further on these products and at the same time makes them thinner, lighter and more powerful.

For our geekier readers, Broadwell delivers the following:

This means that hardware makers can create even more efficient devices using Intel’s newest x86 semiconductor designs. During this journey to extend Moore’s law aggressively to mobile that started in 2010, these new processors have enabled Intel and its partners to bring down the thickness of a laptop from 26 millimeters to 7.2 millimeters. They have reduced heat dissipation by 4X and increased graphics by 7X. Intel’s core architecture has doubled while battery size has been halved, yet Intel is promising that the battery life of the laptops and tablets that use these new 14-nanometer Broadwell Y processors will double.

What’s amazing to me is that Intel has no intentions of slowing down the progress of Moore’s law anytime soon. I spoke with Intel chairman Andy Bryant recently and he assured me that Intel will not stop innovating with the 14-nanometer process. In fact, he said that engineers are already working on next-generation processors using 10-nanometer technologies, and have plans to create chips using seven- and even five-nanometer manufacturing processes over the next 10 years. It seems to me that given the accomplishments Intel has achieved with its 14-nanometer Broadwell Y chips, the company clearly has the capability of extending Moore’s law for at least another decade.

So why would anyone want a processor with more transistors that uses lower voltage to power them? The simple answer is to create laptops and tablets that are even thinner, lighter, last longer and still have enough power to handle any task we throw at them. However, a bigger reason is that while we’re used to navigating these devices via keyboards, trackpads and touchscreens, these new processors will eventually let companies create new devices that add greater 3D imaging, voice navigation, real-time translation, and new types of games and applications. In other words, the more power we have on these devices, the less we’re limited by what they can do for us.

Intel is shipping these new 14-nanometer Broadwell chips to their customers in volume now, and we should see the first generation of laptops and two-in-ones with these processors around the holidays. Imagine having a MacBook Air that is even thinner, lighter and faster than the ones out today. Or a two-in-one that’s ultra thin and ultra light, making today’s Surface Pro 3 seem large.

And all of them will have even better battery life than those on the market today. That’s what people can expect once Broadwell Y/Core M laptops and two-in-ones hit the market, showing that Moore’s law is alive and well almost half a century later. 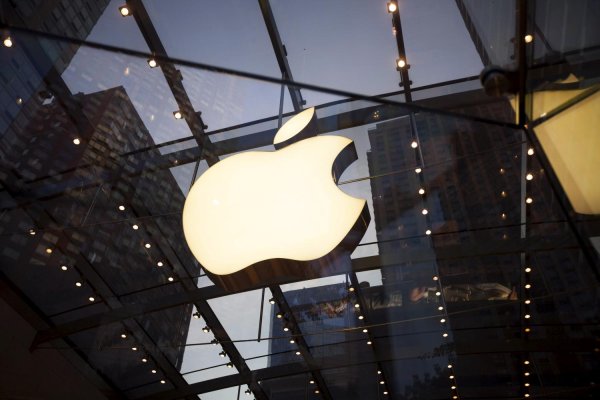 Questions About a 5.5-inch iPhone
Next Up: Editor's Pick