A man walks past an American Apparel store on June 19, 2014 in New York City.
Andrew Burton—Getty Images
By Eliana Dockterman

At the end of last week yet another outrageous American Apparel ad set the blogosphere aflame. The clothing company celebrated its back to school campaign with a picture of a girl bending over a car, revealing her underwear and buttocks under her skirt. I say “girl” because she is wearing a plaid miniskirt often associated with schoolgirl pornography, though I’m assuming the model posing for the picture is over 18.

Writers and tweeters accused the company of stoking Lolita fantasies, perpetuating sexism through objectification and pedaling underage soft-core porn. In short, the consensus was the clothing company “sunk to a new low.” The picture has since been taken down from American Apparel U.K.’s Instagram account and from their site, but that doesn’t mean that American Apparel was trying to hide a mistake. That photo had to be shot, approved for the campaign, posted to the website and multiple social media platforms. Executives signed off on it knowing how the world would react. And they reinforced the theme on their U.S. website where the “School Days” collection features young-looking models pouting in front of lockers and wearing pieces with unsubtle names like the “Lolita Mini Skirt.”

The campaign is more of the same from a company that prides itself on controversy. And quite frankly it’s getting old.

American Apparel fired its infamous founder Dov Charney back in June due to a “ongoing investigation into alleged misconduct.” Under Charney—who had been accused of sexual harassment in the workplace and the objectification of young models—American Apparel churned out controversial ad after controversial ad with soft-core 80s porn-styled pictures. (Here’s TIME’s roundup of the company’s most controversial ads.) When they canned Charney, American Apparel had the opportunity to clean up its image, perhaps redefine themselves as a cool version of the Gap.

But instead they shot a picture up a girl’s skirt hoping for a reaction, because sex sells, and controversially sexy stuff sells even better, right?

Perhaps the first time. But these ploys have gotten tiresome. Sure, this latest up-the-skirt shot may get media buzz (like this article), however, American Apparel is doing little to help the bottom line by pursuing the same, unsurprising advertising strategy. The company hasn’t reported profits in 16 out of the last 17 quarters, and shares have fallen 84% over the past five years. Firing Charney but keeping the same aesthetic won’t suddenly bump these numbers up.

Most high schoolers and 20-somethings won’t have followed the founder’s scandals but they will have been exposed to the porny images in American Apparel’s windows or on their website. And when you see the same graphic pictures every day, you become ambivalent. This winter, some friends and I walked by the American Apparel store in our neighborhood, and I pointed out that the female mannequins had an interesting addition—pubic hair. The advertising executives working for American Apparel probably wanted us to stop and snap pictures and post them to Instagram with some scandalous hashtags. Instead, my friends shrugged and moved on in search of cheaper high-waisted shorts at a store that only roles out shocking images of their models once every few years instead of once a month. 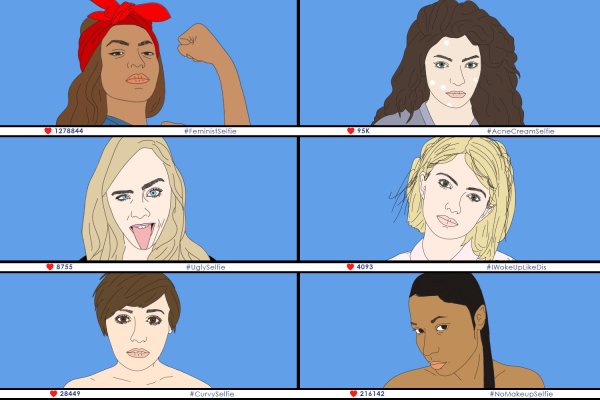 How Selfies Are Empowering Women
Next Up: Editor's Pick