It took about five hours to rescue the ride’s 24 passengers, each of whom were rescued one-by-one, WJLA reports. Prince George’s County Fire Chief Marc Bashoor tweeted the rescue Sunday, sharing photos and information as it happened. None of the passengers reported injuries.

Six Flags spokesperson Debbie Evans said in a statement that the theme park is unsure why exactly the ride stopped, but that “the ride performed as it’s designed to.” WJLA reports the ride stops when its computer system detects a problem.

Joker’s Jinx is a 60 mile-per-hour ride with “over 55 twisting curves,” according to the Six Flags America website. 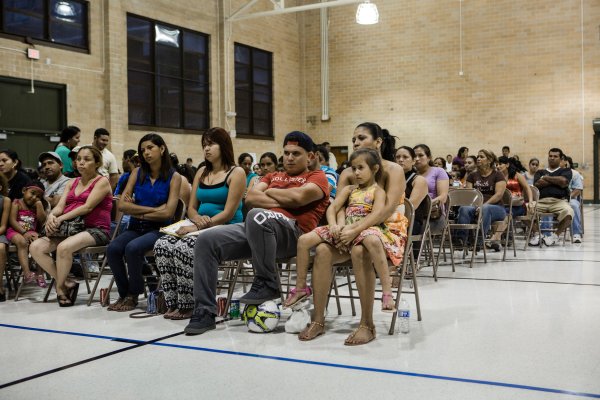 Influx of Child Immigrants Strains Courts in Louisiana
Next Up: Editor's Pick