For a man who promised to be Turkey’s first “sweating President,” Recep Tayyip Erdogan won election on Sunday with barely a sheen of perspiration. With all votes counted, and with Turkey’s Prime Minister since 2003 having reportedly avoided a runoff with 51.8%, the country of nearly 80 million is bracing for at least five more years of Erdogan rule.

In his victory speech, delivered before a sea of supporters in Ankara, the usually unapologetic Erdogan struck a surprisingly conciliatory note, promising “a new era” and extending an olive branch to his opponents. “Today is the day we lift mental barriers, rid ourselves of old prejudices, and peel away fears imposed from the outside,” said the country’s first directly elected President. “Today is the day we open the doors to a new beginning, the day we establish a new Turkey.”

In his campaign appearances, Erdogan pledged to give Turkey a new constitution, presumably one that will formally give the presidency, and thus himself, new executive powers. That may have to wait; Erdogan does not currently have the parliamentary majority needed to force through a new charter. But the man who has spent more than a decade as Prime Minister and who now aspires to spend another decade as President might not need a new constitution to rule uncontested.

The current document, say some legal experts, already gives him enough power to do so. Enacted in the aftermath of an army coup, Turkey’s constitution allows the President to chair Cabinet meetings, veto laws, issue governmental decrees and decide on the internal rules of the national parliament, says Riza Turmen, an opposition lawmaker and a former judge of the European Court of Human Rights. “He can decide to call early elections, he appoints the head of the general staff, the members of the board of higher education, rectors of state universities, members of the Constitutional Court, and [some] members of the Supreme Board of Judges and Prosecutors,” says Turmen.

Turkish Presidents, including Abdullah Gul, Erdogan’s predecessor, have heretofore refrained from using the full range of these powers. “But Mr. Erdogan is a different case,” says Turmen. “One difference is that he will be the first directly elected President of Turkey. The other is character. He wants to control everything.”

It’s not as if voters hadn’t been warned. “When you look at our Constitution,” he said in a recent interview, “there is no article that limits actions of a President.” Ruling party officials have signaled that Erdogan will set up something resembling a presidential Cabinet. Last week, the progovernment press reported that Erdogan would enter his new office in Ankara accompanied by an army of 400 advisers.

Erdogan had made it clear throughout his campaign he would remain a partisan leader. He vowed to forge ahead with a number of controversial projects, including the construction of a third Istanbul airport, and to destroy what he refers to as Turkey’s parallel state. “I will not be an impartial President,” he recently said.

To Erdogan’s rivals, the odds in Sunday’s election had been stacked in Erdogan’s favor from the beginning. “It was never fair play from Day 1,” his main opponent Ekmeleddin Ihsanoglu said last week. “According to the regulations, candidates cannot get any financial support from public funds, but the Prime Minister uses [government] funds, he travels in the official planes, he uses all the official means, the support of the government, provincial TV stations, and inaugurates projects that have been implemented for long years,” he said. “He presents everything as a success of his candidacy.”

On Sunday, Ihsanoglu received 38.5% of the vote. The candidate of the People’s Democratic Party, Selahattin Demirtas, received 9.8%, a surprisingly strong showing for the first openly Kurdish politician to bid for high office in Turkey.

The question now on the minds of most Turks is who will succeed Erdogan to the premiership. A number of names are said to be in the hat, but most observers suspect Erdogan will end up playing puppet master. “He wants someone who’s slavishly loyal, who doesn’t have his own political aspirations,” Atilla Yesilada, a political analyst with Global Source Partners, says. It will likely be a weak candidate “who will channel his style, his wishes, and his objectives.”

Erdogan’s own aspirations seem clear. Come 2015, when parliamentary elections are due to take place, the new President is likely to make one final push for a new constitution and U.S.-like executive presidency. Otherwise, says Yesilada, he risks losing control over the state and his Justice and Development Party, or AKP.

“For now, senior members of the bureaucracy will be reporting to Erdogan just because they’re afraid, or because they see no other way out, “ he says. “But this is not formal power. [Without a new constitution] the possibility of rebellion for one reason or another is very real.” 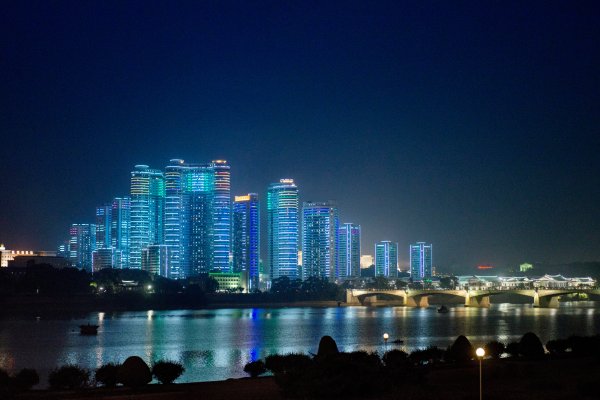 This Amazing Time-Lapse Video Shows Life Inside Pyongyang
Next Up: Editor's Pick