America’s sweethearts of horrorcore music, the Insane Clown Posse (ICP), are once again under the media spotlight, after two Maryland fans (or “Juggalos”) were arrested for attempted murder, after they allegedly tried to carve off their roommate’s ICP tattoo because he hadn’t “earned it.”

Victim Zachary Swanson was beaten severely before Paul Martin Hurst and Carey Lee Edwards tried to cut out the offending tattoo from Swanson’s arm, CBS Detroit reports. Dissatisfied with their results, they allegedly then drenched Swanson’s arm with flammable liquid and lit it on fire.

After being rushed to a Baltimore hospital’s burn unit, Swanson had to be amputated below the elbow, CBS reports.

Insane Clown Posse has fallen into controversy before, thanks to extremely violent acts by die-hard fans. In fact, Juggalos were listed as an emerging gang by the FBI in 2011, though some found that classification ridiculous.

In a 2010 interview with the Pittsburgh Post Gazette, Juggalo Shaggy 2 Dope (otherwise known as Joseph Utsler) offered a broader, more magnanimous view of Juggalos as a whole.

“A Juggalo comes from all walks of life—from poverty, from rich, from all religions, all colors. Anyone can be a Juggalo,” he said. 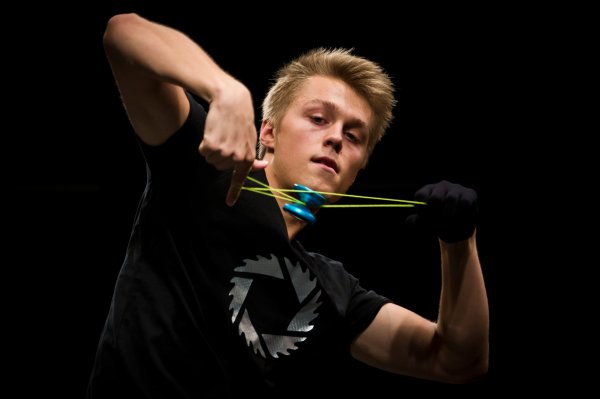 Watch the World's Best Yo-Yo-er Show Off His Mad Skills
Next Up: Editor's Pick