With Android Wear, Google Just Made Other Smartwatches Look Foolish

No disrespect to Samsung, Sony and Pebble, but their smartwatch efforts are now in trouble.

On Tuesday, Google announced Android Wear, a version of Android for smartwatches and possibly other wearable devices. The hardware isn’t coming until next quarter, and we haven’t seen the software in action on a working prototype. But if Google’s documentation reflects reality, this is the closest we’ve come to what a smartwatch should be.

Some pundits are saying Android Wear is basically Google Now on a smartwatch, but that analysis misses the big picture. While Google’s virtual assistant software can be helpful if you’re waiting on a package or heading to the airport, it’s dormant most of the time. A smartwatch that focused on Google Now would be dull and useless for most people.

The real key to Android Wear is how it hooks into existing smartphone apps through notifications and voice controls. Compared to other smartwatches on the market now, Android Wear is miles ahead.

For years, the groundwork for Android Wear has been in place thanks to the way Android handles notifications. When you get a notification on an Android phone, you can do more than just open the corresponding app. Android lets you take action straight from the notification area, so you can send a quick response to a text message, delete an unwanted e-mail, return a missed call or control music playback, all without opening the app itself.

Those actionable notifications will play a major role in Android Wear. By swiping to the left of any notification, you’ll see more information and potential actions, such as a list of canned text message responses, directions to your meeting or a check-in option for your upcoming flight. These are the same actions that appear when you expand a notification on an Android phone. And while developers will be able to add more actions or pages specifically for smartwatches, the basic work is already done.

Even the way Android displays notifications ties in nicely to Android Wear. When you have lots of unread notifications on an Android phone, each one becomes a small snippet to conserve space. If you want a larger summary, you can expand any notification by pinching outward. But on Android Wear, the larger summary appears by default, taking up the entire screen, and you can swipe up or down to move between notifications. Having a larger view of notifications makes sense on a smartwatch, and again, it doesn’t require much extra work from developers because the capability is already built into Android proper.

At the same time, Google is looking to give more power to existing Android apps through voice commands. The documentation here isn’t as clear, but apparently users will be able to speak a command into the watch, and have a third-party app of their choice carry out the appropriate action. For example, you might want to play an artist in Pandora instead of Google Play Music, or send a message in WhatsApp instead of Hangouts. Some of these functions already exist in Android proper, though it’s possible that Google will expand them with Android Wear.

The key takeaway from all these features is that they require no setup by the user and no mandatory work by the app developer. Everything’s tied into the apps you’re already using on your phone.

That isn’t the case with existing smartwatches. Pebble, for example, requires downloading a setup app on your phone and then using it to load individual apps onto the watch. Those apps are often more trouble than they’re worth. And while Pebble can display notifications from any smartphone app, it can’t let you take action on those notifications, and it doesn’t format them in an intelligent way. It’s a clunky system.

Google’s system is different. Instead of building a new set of smartwatch apps, Google is tapping into the huge library of existing Android apps and pulling out just the parts that make sense for smartwatches — that is, actionable notifications and voice controls. It’s not just Google Now on a watch, but a way of pulling the entirety of Android into a Google Now-like system. Whether that’s by design or by happy accident, it will make competition difficult for any company that doesn’t control its own platform. Your move, Apple. 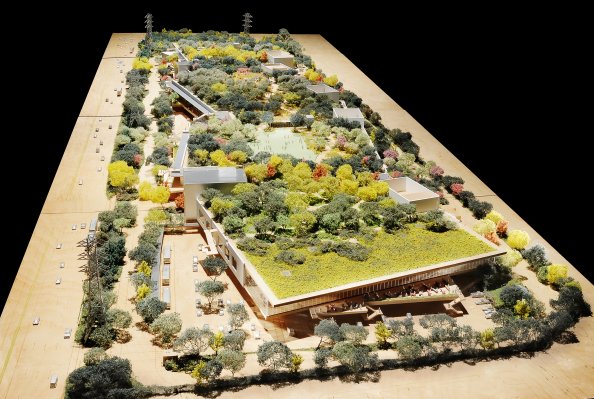