Garmai Kpardeh, a member of the Liberian Association of Metropolitan Atlanta rallying in front of Emory University Hospital, August 9.
Spencer Lowell for TIME
By Alexandra Sifferlin

There are about a dozen yelling and cheering men and women carrying signs in front of Emory University Hospital here in Atlanta Saturday afternoon. On first look, they appear to be demonstrators protesting the hospital’s decision to accept for treatment a pair of Americans who contracted Ebola while working in West Africa. But a closer look reveals the group is actually a rally meant as a thank you to those patients, a physician and an aid worker who contracted the disease on a missionary trip to Liberia.

It’s 77 degrees and nearly 80% humidity, but members of the Liberian Association of Metropolitan Atlanta (LAMA), a nonprofit representing Liberian citizens residing in Atlanta, are out in force, singing the praises of Dr. Kent Brantly and Nancy Writebol, who are currently in isolation and being treated by the hospital’s infectious disease experts.

“We heard about Dr. Kent Brantly and missionary Nancy Writebol and how they risked their lives to serve humanity and also us,” says Leo Mulbah, president of LAMA. “On behalf of a very grateful nation and community, we came to say thank you to them. We don’t have money to give them. We don’t have anything to give them, but we can say thank you. Thanks to them, [Liberians] are getting the attention our downtrodden folks need, and for that, we tell their families we are in solidarity with them.”

The LAMA members outside the hospital are singing praises to God and holding up signs that read: “Nancy Writebol you’re our hero!” and “We are with ya’ll in prayers.” The group has been holding frequent town hall meetings for their roughly 15,000 members to raise money to buy equipment that might help stop the spread of Ebola in Liberia, where it’s killed nearly 280 people and triggered a nationwide state of emergency.

The two Americans being treated at Emory have been given an experimental drug to fight the disease, a decision that’s caused controversy as there’s not enough of the drug for it to be widely deployed. When asked about the disagreements over the drug, Mulbah said his group is entirely disinterested in the politics surrounding the debate. For now, he says, LAMA and its members just want to offer thanks on behalf of Liberia.

“They epitomize what you need from a human being,” said Mulbah. “We are very thankful that their families allowed them to share their talents to the point of death for us.” 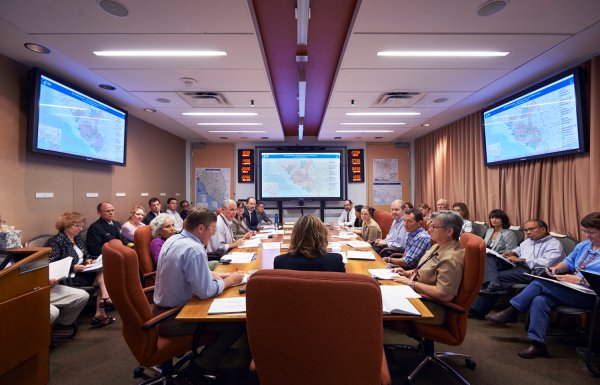