Iraq War Soldier 10 Years Later: What Was It All For?

Kurdish peshmerga fighters load missile launcher during the clashes with the army groups led by Islamic State of Iraq and the Levant (ISIL) in Mosul, Iraq on 8 August, 2014.
Anadolu Agency—Getty Images
By Colby Buzzell

The Iraq War — what was it good for? Absolutely nothing? That’s yet to be seen. As an Operation Iraqi Freedom combat veteran who spent most of his 2003–04 deployment on the ground in Iraq as an infantryman, I think about such things. Especially since I was with a combat unit assigned to win hearts and minds while “punishing the deserving” in Mosul.

When reports first started coming out of Iraq that the black-flag-waving ISIS had completely taken over my unit’s old stomping grounds, my first thoughts were with the people of Mosul and all those who worked alongside us. Our interpreters — many of whom would cover their faces with scarves or baseball hats — risked their lives coming out on missions with us to their neighborhoods. There was also a high turnover rate. Many would stop showing up, not because they didn’t feel like it or didn’t like the job but because they received death threats or, worse, were murdered.

I never got her name, but there was one Iraqi interpreter I think about more now than ever. She always arrived to work with a warm smile and whatever book she was reading, always in English. One day we struck up a conversation in English, and from there we formed a bit of a friendship.

When I’d catch her sitting by herself and reading, I’d hit her up for free Arabic lessons. She always happily obliged. We’d talk about politics, Iraqi culture, books and Iraqi customs.

She taught English at the university level before the war. When she first heard rumors that the Americans were going to invade Iraq, she prayed and prayed that we would. She was convinced that Iraq would be better off without Saddam Hussein ruling it and that U.S. forces would do a lot of good for her country. At the time, I believed the same. She even joked that if the Americans weren’t going to come, she would fly to the White House and beg George W. Bush to “please invade Iraq.”

When this happened, her prayers seemed to be answered. She quit her job teaching English and became an interpreter for us.

One day, I stopped seeing her around the base. Some of the other interpreters told me “they” found out she was working with the Americans, so they murdered her sister.

Since being discharged from the military shortly after I returned in 2004, many have asked me, “Was it worth it?” I think of my Iraqi friend who always smiled and carried books with her everywhere she went and took time out of her day to teach me Arabic, and I wonder if she still thinks it was worth it. My mind floods with memories of the Iraqis in Mosul who did think it was worth it for us to be there, as well as forces clad in black and pointing their AK-47s and rocket-propelled grenades at us while we were trying to complete our objectives: to “eliminate the enemy that continues to hinder progress for the Iraqi people,” “help Iraq restore its independence” and “remain in Iraq until our mission is complete.”

While I was in Iraq, I figured I’d have the rest of my life (if I came home) to think long and hard about the bigger questions like whether our fight was worth it, so why waste my time over there doing so when we still had a mission to complete? It has been almost 10 years, a full decade, since I’ve come back from Iraq, and I still don’t have an answer.

Ultimately, I think, that question would be best answered by an Iraqi. It’s their war now, and they know what they’re fighting for a hell of a lot more than I ever could.

The mission in Iraq appears to be far from complete, and I’m sure there are plenty of Iraqis right now praying for somebody, anybody, to invade their country or at least bomb it.

Buzzell is a combat veteran of Operation Iraqi Freedom and the author of two books, My War: Killing Time in Iraq and Lost in America: A Dead-End Journey 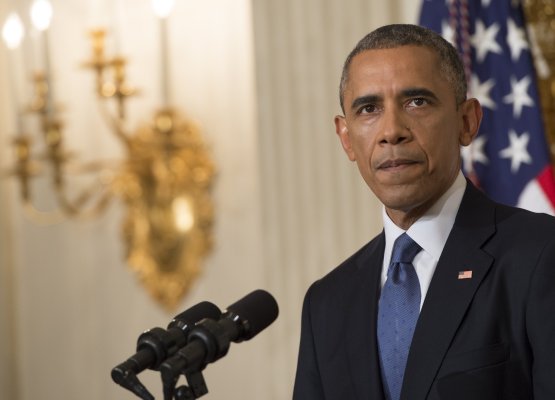 Obama Can Ignore Public Opinion on Foreign Policy
Next Up: Editor's Pick