It's Time to Stop Beautifying Violence Against Women for Fashion

It’s a terrifying scene. A woman is being held down by two men in an empty bus in India— her brow is furrowed, her body contorted, one hand is digging into the thigh of the man gripping her torso and the other is unsuccessfully pushing away the man kissing her thigh. It’s almost the nightmare we imagined when news broke in 2012 of a fatal gang rape in New Delhi when a 23-year-old physiotherapy student dubbed Nirbhaya (“fearless”) was lured on a bus and attacked by six men. Except the woman in this image is wearing a ball gown and the men are in couture dress pants. Because this is fashion photography.

Indian photographer Raj Shetye published the image in a fashion spread called The Wrong Turn last week. It depicts single Indian women fending off groups of men on a bus. The pictures were released on his portfolio website amd caused immediate outrage on Twitter, from women’s rights activists.

And on Friday, Nirbhaya’s parents weighed in on the controversy. “It has once again brought us face-to-face with the incident and he has done it for his own publicity and to make money,” the mother told Reuters Television. “He has tried to hurt the sentiments of parents and has mocked a girl’s struggle. He has no right to play with anyone’s sentiments.”

“They should be ashamed of it,” he said. “What is [the photographer] trying to show to the juveniles and youths of the nation? He should be punished. I will appeal the Supreme Court to punish him and the photo shoot should be banned.”

Shetye told BuzzFeed that his inspiration was “not based on Nirbhaya… but being a part of society and being a photographer, that topic moves me from inside. I stay in a society where my mother, my girlfriend, my sister are out there and something like this can happen to them also.”

In fact, Shetye contends that the tableaus—packed with beautiful men, women, and jewels—isn’t glamorized at all.

“The only medium I can communicate in is photos,” he said. “This is in no way meant to glamorize the act, which was very bad. It’s just a way of throwing light on it.”

But it’s hard to ignore the contrast between the sleek, even sexy presentation in the pictures and the brutality of the implied storyline. They provoke a strong visceral reaction that makes it impossible for viewers not to let their eyes linger a little longer and maybe notice the couture.

While Shetye’s photography was for personal use, posted on his online portfolio, there’s a long history of advertisers alluding to sexual violence against women for commercial advertising.

In 2007, Dolce & Gabbana released this ad that was eventually banned from Italian publications.

Calvin Klein came out with the following ad, which was banned in Australia in 2010.

Vogue Italia did an entire spread on domestic violence in April, featuring women cowering over the small text identifying the Marc Jacobs she is wearing.

According to the World Health Organization, 35% of women worldwide have experienced partner violence or non-partner sexual violence. It is both one of the most intimate crimes and one of the most universal crimes because of the number of women it affects in every country. But just because a crime is familiar, does not mean that presenting it in the glossy pages of a magazine — finding sexy elements in a sexually violent act — is an appropriate medium for a public service announcement.

In spite of inevitable backlash (and sometimes apologies from the advertisers), allusions to rape or violence keep appearing in fashion spreads. But because these images usually echo stylized versions of general concepts and implied crimes, it’s easy to ignore the impact these photographs could have on real-life domestic violence victims and their families.

Shetye’s spread, however, linked to a very specific and famously brutal crime that shocked a nation. And the direct pain these images caused for Nirbhaya’s surviving parents is obvious. They believed the photographs “mocked” their daughter, just as some sexual assault survivors must have thought past, more general, spreads mocked their tragedies in order to sell clothing.

“He has no right,” Nirbhaya’s mother said. Maybe now other fashion houses will realize that they don’t either. 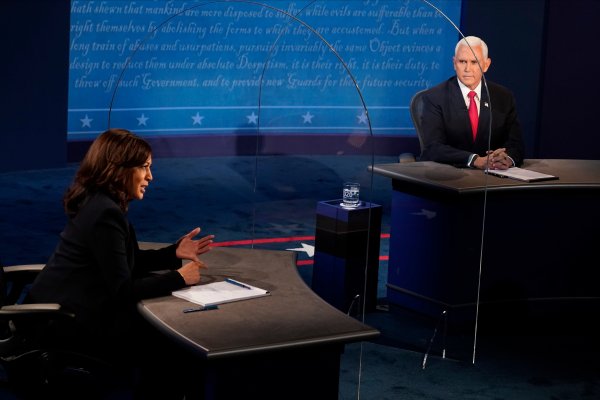 Kamala and the Research on Men Interrupting Women
Next Up: Editor's Pick