President Barack Obama speaks about the situation in Iraq in the State Dining Room at the White House in Washington, DC, August 7, 2014.
SAUL LOEB—AFP/Getty Images
By Jeremy D. Rosner

War-weary after the Iraq and Afghanistan wars and reeling financially from the Great Recession, the public wants U.S. leaders to focus more at home and shoulder far fewer burdens abroad. The public certainly rejects more American “boots on the ground,” and will strongly resist the new U.S. advisers and air strikes in Iraq.

Last August, as President Obama considered military action against the Assad regime in Syria after it almost certainly used chemical weapons against its own people, ABC News argued that a lack of public and congressional support would constitute “a major obstacle” to the President launching such a strike.

In June, John Judis wrote in the New Republic about the Administration’s deployment of advisers to Iraq: “[Obama] is suffering from political cross pressures…there is next to zero public support for any military intervention in Iraq or anywhere else.”

This conventional wisdom shapes the thinking of elected officials, policy makers, outside experts and the media—and therefore ends up constricting the policy options the White House, Pentagon and State Department view as viable.

It is true that the polls have shifted, with the public expressing less support for ventures abroad. A Pew Research Center poll last year found that 52% now agree the United States should “mind its own business internationally and let other countries get along the best they can on their own.” That’s the highest level ever, in 50 years of asking that question.

The public also seems less confident about our global power. A 53% majority now says the United States is less important and powerful than 10 years ago.

But on national security, we should all pay less attention to the polls.

The public’s inward shift does create constraints on a few unique issues. It would be much harder now for the President to launch a prolonged U.S. involvement in a hot war, and the public’s economic anxieties do make it harder to enact new free trade agreements. Yet, for several reasons, recent shifts in public opinion should not matter so much to the President and those who make our national security policies.

First, while public opinion can have a particularly big influence on Congress, few of the things we need to do in the world require congressional approval. Obama did not need congressional approval to send military advisers back to Iraq or to launch a missile strike against Assad’s military infrastructure in Syria.

Second, the shifts in the polls are not particularly constraining because they are more about apathy than antipathy. Yes, there are record levels saying they do not want America to get involved abroad. But this is less of a rallying cry, and more of a big yawn.

Third, public opinion polls are simply the wrong instrument for evaluating support for foreign policy decisions. Voters evaluate national security differently than things like tax rate changes and school bonds—issues for which they have a pretty good intuitive feel. What voters mostly want on national security are policies that work, which they mostly judge after the fact. Indeed, with voters mainly focused on events at home rather than foreign affairs, the White House in many ways has more latitude to act abroad.

All this means that President Obama has relatively extensive public latitude on national security initiatives, even at a time when more of the public says they do not want to bear the burdens of global leadership.

Consider this: Polls in March showed that most Americans did not want the United States to get very involved in the conflict between Ukraine and Russia. But there was zero public outcry when Obama deployed a dozen U.S. F-16s to fly reconnaissance on the Russian border, sent warships to the Black Sea, and put more than 500 U.S. troops into neighboring countries.

In too many other cases, however, President Obama has seemed to avoid sharp-edged actions abroad, partly out of a fear that the American public will not support him. Obama’s new willingness to deploy American advisers and air strikes to protect U.S. interests in Iraq is more encouraging, and both he and his successors will find that if they take strong actions abroad that advance America’s national security interests, even an inward-focused public will provide the latitude they need to act.

Jeremy D. Rosner is Executive Vice President of Greenberg Quinlan Rosner, a Democratic polling firm in Washington, D.C. He served as senior staff on the Clinton National Security Council, and earlier was Vice President at the Progressive Policy Institute. 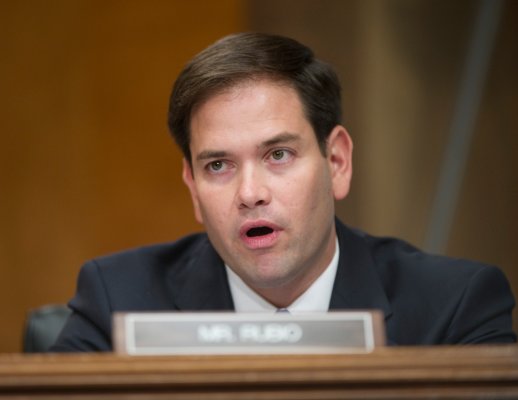 Marco Rubio: Obama Needs to Dig In for a Fight in Iraq
Next Up: Editor's Pick