One of the biggest wine fraud investigations in history has seen Rudy Kurniawan sentenced to 10 years in a US prison for tricking collectors out of millions of dollars by selling them cheap copycats of famous names.

That is on top of the $20m that Kurniawan – also known as Mr 47 and Dr Conti – must forfeit to the court.

It is unclear where the 37-year-old Indonesian will find the money given that he has spent two years in custody and earlier pleaded that he was too poor to pay more than a $12,500 fine.

Defence lawyer Jerry Mooney is understood to have said his client will consider appealing the sentence, but that could not be immediately verified.

A jury deliberated for less than two hours last December before convicting Kurniawan of making and selling counterfeits of some of the world’s best-known wines, largely from Bordeaux and Burgundy, at the Los Angeles home he shared with his mother.

The case was the first time the US Government has prosecuted anyone for wine fraud.

Kurniawan initially told friends his wines came from a ‘magic cellar’ in Europe. But, during the trial, jurors were shown stacks of labels, corks, stamps and bottles seized from Kurniawan’s house by FBI officers at the time of his arrest in 2012.

Prosecutors described his home computer as ‘a virtual ATM machine that printed out thousand dollar bills in the form of fake wine labels’.

He blended wines in his kitchen sink, hidden from view by a foil-covered window. Wines were then either sold privately or at auctions for several years prior to his eventual arrest.

‘Now, Kurniawan will trade his life of luxury for time behind bars.’

‘He is responsible for doing an incredible amount of damage to the fine and rare wine market,’ said Geoffrey Troy, president of New York Wine Warehouse and who said he was one of the first to become suspicious about Kurniawan. ‘Frankly, his sentence was lenient based on the damages,’ he told Decanter.com.

The defence has consistently argued that Kurniawan was only one player in a much bigger wine counterfeiting scene, and that he only got involved to fit in.

Kurniawan, who was known as Dr Conti because of his enthusiasm for Burgundy’s vaunted Domaine de la Romanee-Conti, was also found guilty of fraudulently attempting to get a $3m loan.

Summing up in court this week, judge Bermann described Kurniawan’s heist as a ‘bold, grandiose, unscrupulous but destined-to-fail con’. He said an example should be made of the wine dealer.

Kurniawan, who has reportedly lost significant weight in custody, was heard to say ‘sorry’ in court.

A key question for many fine wine collectors now is where the rest of Kurniawan’s fakes are lurking.

Some information may yet emerge from billionaire collector Bill Koch, who bought many wines off Kurniawan. The Indonesian has agreed to pay Koch $3m in damages and tell ‘everything he knows’ as part of an out-of-court litigation settlement.

There are fears the pyschological damage caused to fine wine buyers will be difficult to reverse, but many of the major auction houses have cautioned that counterfeiting still represents a small part of the market and stringent checks are in place.

‘People have been robbed of the joy that is old and rare wines,’ said Maureen Downey, of Chai Consulting and who has inspected Kurniawan wines for several clients. ‘They simply do not trust the system. That is the real tragedy of this debacle.’ 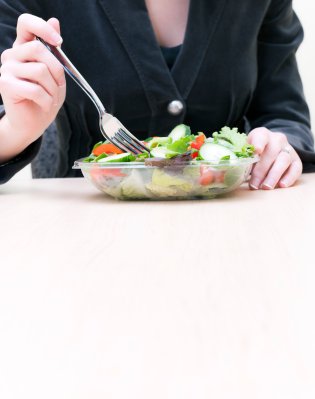 Americans Eat More Than Half of Their Meals Alone
Next Up: Editor's Pick