Hawaii Gov. Neil Abercrombie, center, speaks at the National Weather Service office on the campus of the University of Hawaii, Aug. 7, 2014, in Honolulu.
Marco Garcia—AP
By Jay Newton-Small

There are a pair of dragons coming, and no one knows the chaos they will leave behind. In some Asian cultures, dragons control water and hurricanes. For many Hawaiians, the only U.S. state with a majority Asian population, the threat of Tropical Storm Iselle and Hurricane Julio means someone angered the dragons and must be punished. The question is: Who?

Some would say it was Gov. Neil Abercrombie, who defied dying Sen. Daniel Inouye’s wishes that Rep. Colleen Hanabusa be appointed to fill out the remainder of his term. Abercrombie instead appointed Lt. Gov. Brain Schatz, who is now facing Hanabusa in a special election Saturday to fill out the last two years of Inouye’s ninth term.

The fight has gotten personal and nasty. Schatz won the endorsement of President Barack Obama, but Hanabusa has benefitted from the support of the powerful Inouye machine —even Inouye’s widow has endorsed Hanabusa.

“His last wish was that Colleen serve out his term because he was confident in her ability to step into the Senate and immediately help Hawaii,” Irene Inouye said in May. “I am honoring one of his last requests, and look forward to supporting Colleen on the campaign trail.”

Schatz has outraised Hanabusa $4.9 million to $2.9 million. But polling, notoriously difficult in the fiftieth state where cellphones are more common than landlines, has been mixed. A Honolulu Star Advertiser poll done July 20-21 found Hanabusa leading Schatz by 8 points, 50% to Schatz’ 42%. But a Honolulu Civil Beat/MRG poll conducted July 24-28 came up with the opposite result: Schatz lead Hanabusa 49% to 41%.

Meanwhile, Abercrombie himself has come under fire for mismanagement and incompetence. He’s facing a serious primary challenge from State Sen. David Ige. Even if Abercrombie pulls out victory in the primary, he will be weakened ahead of a general election where he also faces a strong candidate, former Lt. Gov. Duke Aiona.

Significant early voting has already been under way for weeks, and half of Hawaii’s voters in the 2012 primary voted early. Governor Abercrombie could postpone the primary, given the tropical storm, which hit Hawaii’s biggest island Thursday, and the hurricane, which is forecast to strike this weekend. That’s never happened before in the state’s history, but at least some candidates have asked their workers suspend campaigning to help with storm preparations. Besides, as the old Chinese proverb goes, it’s better to confront a dragon by the head, not its tail. 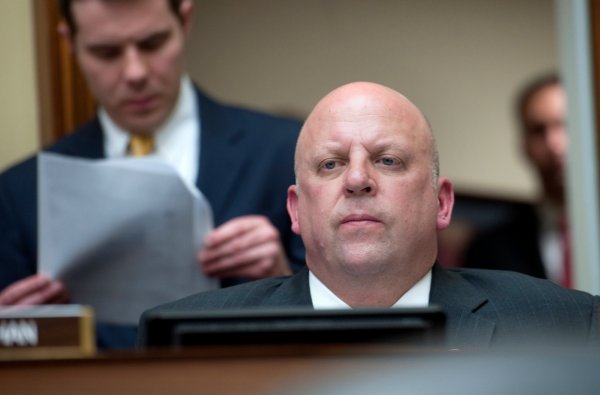 Tennessee House Race Is Too Close to Call
Next Up: Editor's Pick