The World Health Organization on Friday declared that the Ebola outbreak in West Africa is a public health emergency of international concern, requiring global coordination in order to prevent further spread, but did not recommend any restrictions on general trade or travel.

At least 932 deaths and 1,711 cases have been reported throughout Guinea, Liberia, Sierra Leone and, most recently, Nigeria since December. Two American missionaries recently contracted the deadly virus in Liberia and were evacuated for specialized care to Atlanta’s Emory University Hospital.

At a press conference following two days of meetings in Geneva, Director-General Dr. Margaret Chan said Ebola’s virulence demanded international attention as the current epidemic “is the largest, most severe and most complex outbreak” since this strand of the virus was discovered nearly four decades ago. “Countries affected to date,” she said, “simply do not have the capacity to manage an outbreak of this size and complexity on their own.”

Keiji Fukuda, the organization’s Assistant Director-General, explained that the nature of politics in West Africa and lack of infrastructure and resources needed to fight such a threat made the region particularly susceptible. Alongside providing health professionals with supplies and security, he added, leaders must offer social support to the community to stop the spread of “fear and misinformation” that was preventing people from seeking immediate aid. “This is an infectious disease that can be retained,” he said. “It’s not a mysterious disease.”

Chan warned as the conference came to a close that if the global community did not support the struggling nations, “these countries will be set back for many, many years.” The emergency declaration, she continued, served as a “clear call for solidarity.” 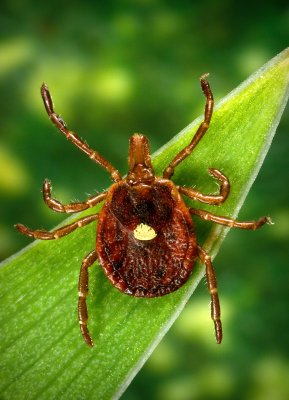 This Tick's Bite Could Make You Allergic to Red Meat
Next Up: Editor's Pick