President Barack Obama said Thursday that he has authorized U.S. air strikes against militants in Iraq to prevent them from moving on the Kurdish city of Erbil and to protect tens of thousands of refugees in northern Iraq. Obama said American forces had also airdropped food and water to the refugees under siege by the militant group Islamic State of Iraq and Greater Syria (ISIS).

“America is coming to help,” Obama said during a brief televised address from the White House late Thursday night, describing the actions as “limited strikes” to assist Iraqi forces in reaching the refugees and to protect American forces who are advising the Iraqis in Erbil. The refugees have taken shelter atop the Sinjar Mountains after Kurdish forces were pushed back by the Islamist group last weekend.

Officials said U.S. air strikes have yet to actually take place, and Obama, who has taken pains to avoid re-engaging in a conflict from which he withdrew American troops in 2011 even as militants have taken control of large swaths of the country, said no ground forces would be part of the operation, other than the military advisers he authorized two months ago. “As Commander in Chief, I will not allow the United States to be dragged into fighting another war in Iraq,” he said.

“American combat troops will not be returning to fight in Iraq,” Obama added.

“When many thousands of innocent civilians are in danger of being wiped out, and we have the capacity to help, we will take action,” Obama said. “When we have the unique capabilities to help avert a massacre, then I believe the United States of America cannot turn a blind eye.”

Congressional Republicans, who have been critical of Obama’s 2011 withdrawal of American troops from Iraq, praised the latest action.

“I am encouraged that American forces are providing humanitarian relief to threatened populations, including Christians and other religious minorities in northern Iraq,” Florida Senator Marco Rubio said in a statement. “My thoughts and prayers are with our men and women in uniform who are in harm’s way tonight carrying out this mission. It is important to remember that [ISIS] threatens not just Iraqis but also the security of the United States and our allies in the region as it consolidates its control of territory that can be used as a base from which to launch attacks.”

A senior Administration official reiterated that the U.S. would be prepared to act anywhere in the country, even in Baghdad, the capital. “If we see action anywhere in Iraq that threatens our personnel and facilities we stand prepared to take targeted action,” the official told reporters. The official said Obama would rely on his authority as Commander in Chief to protect U.S. troops in Erbil as the legal basis for the strikes, should they be necessary. The official described the humanitarian operation as a “unique and urgent” effort to prevent “the prospect of an act of genocide.”

Another official said the Iraqi air force, not the U.S., had targeted ISIS militants in air strikes. “It was swift, it was effective,” the official said in describing the recent ISIS offensive into northern Iraq, which has taken the group to the outskirts of Erbil. “They acted with tremendous military proficiency.”

Officials said further humanitarian drops have been authorized by Obama, should they be necessary. “We will continue to provide airdrops, should we see a need, and we expect that need to continue,” the first Administration official said.

A senior defense official confirmed the operation late Thursday after it had been completed, hours after reports — denied by the Pentagon — emerged of U.S. aircraft striking ISIS forces in northern Iraq.

“I can confirm that tonight, at the direction of the Commander in Chief, the U.S. military conducted a humanitarian assistance operation in Northern Iraq to air-drop critical meals and water for thousands of Iraqi citizens threatened by [ISIS] near Sinjar,” the official said. “The mission was conducted by a number of U.S. military aircraft under the direction of U.S. Central Command. The aircraft that dropped the humanitarian supplies have now safely exited the immediate airspace over the drop area.”

Most of the refugees are members are ethnic Yazidi, who, until this weekend, had been protected by Kurdish forces who control much of northern Iraq. But Kurdish forces have been unable to reach the refugees and the Iraqi government appealed to Washington for assistance.

Multiple U.S. planes were involved in Thursday’s operation, the Pentagon said, including one C-17 and two C-130 aircraft, which dropped 72 “bundles” of supplies flying at low altitude over northern Iraq. They were escorted by two F/A-18 aircraft launched from bases in the region. According to the Pentagon, 5,300 gallons of drinking water and 8,000 meals ready to eat were dropped to the refugees in an operation that took less than 15 minutes. 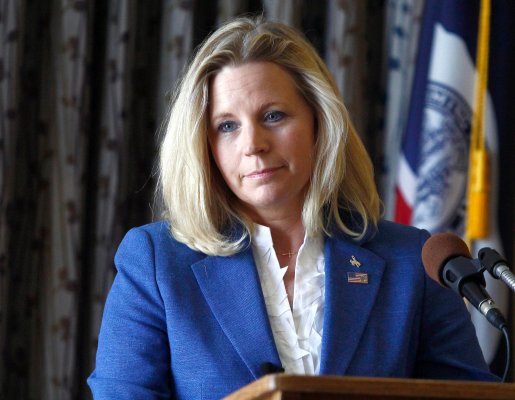