Universal has acquired a still-untitled project. All three group members—Andy Samberg (who won a Golden Globe this year for his performance on Brooklyn Nine-Nine), Akiva Schaffer and Jorma Taccone—will star in the film, and Schaffer and Taccone will co-direct. Apatow, whose movie credits include Knocked Up and 40-Year-Old Virgin, will work with Lonely Island on the project.

The singing trio skyrocketed to fame after their appearances on Saturday Night Live, where Samberg was a cast member and Schaffer and Taccone were writers. In 2009, they released an album called Incredibad, and in 2013 they dropped the Wack Album. Stars like Lady Gaga, Adam Levine and Justin Timberlake have recorded songs with the group. 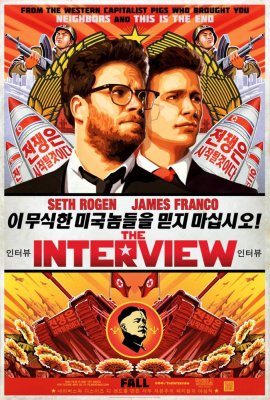 James Franco and Seth Rogen's The Interview Slated for Christmas Day
Next Up: Editor's Pick